In Part 1 of this series, I said I would bring you a series of the emergence of a Large Red Damselfly.  Since then, they have continued to emerge at a rate of between five and eight per day until yesterday when there were no new ones, although we are now seeing the matured early emergent back around the pond and starting to mate.
This series of images were taken over a period of about forty minutes, with the damsel staying on the leaf warming for a further hour or so before it finally flew. 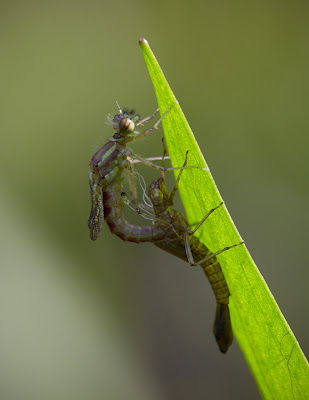 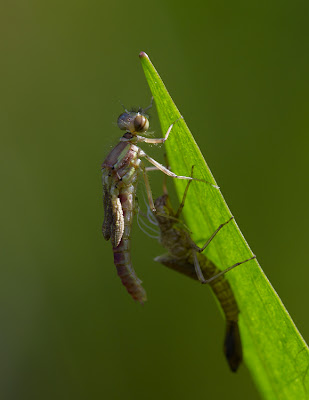 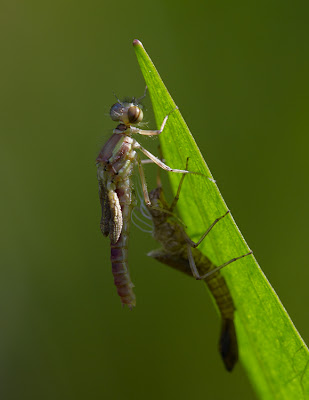 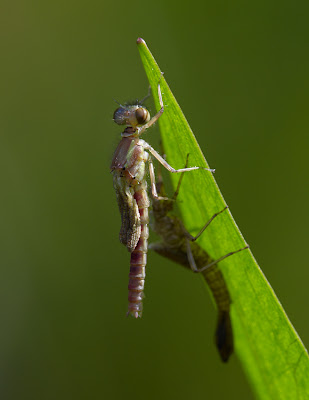 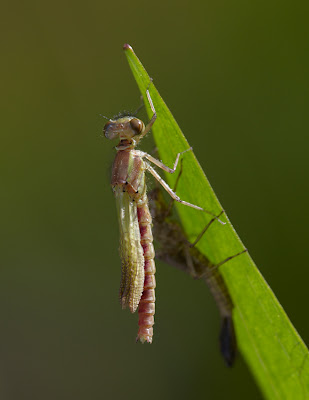 Wings beginning to pump out 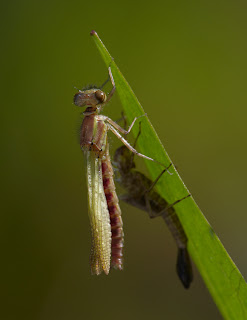 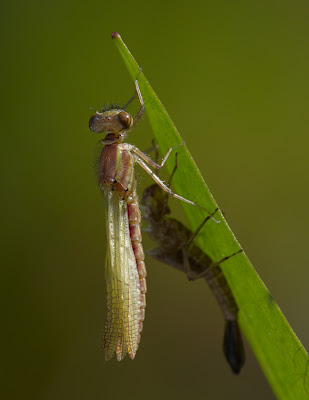 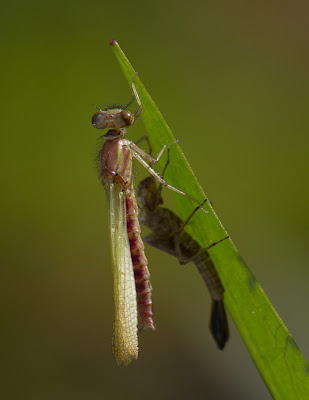 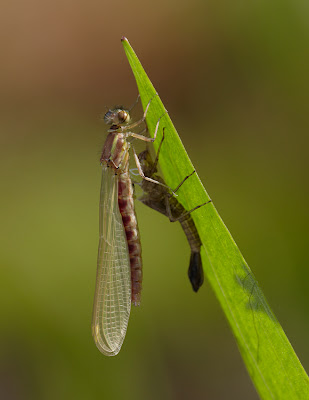 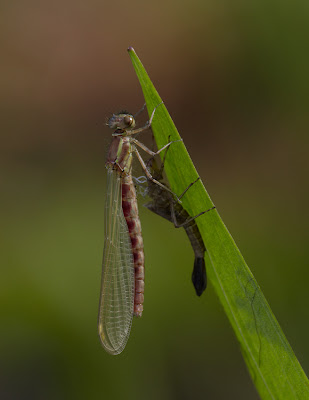 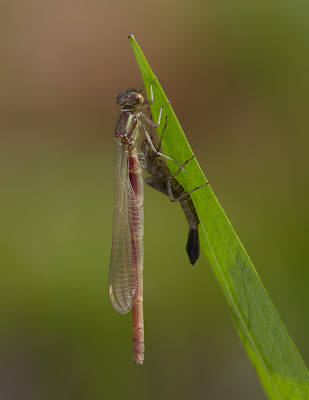 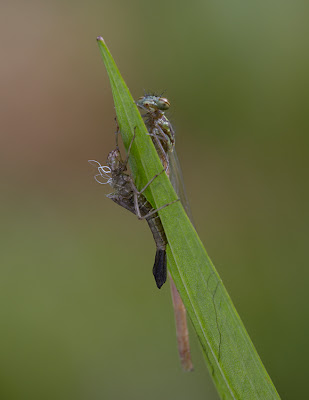 Now fully formed and moving round to the sunny side to warm up
As you can see from the exposures the light was variable with either full sun or part cloud.  Images were taken with the Canon 5Dmk2, Canon 180 f3.5L macro, using the live view facility and resting on a beanbag on the pond edge.
Martin
Posted by WPATW at 08:46