I havent been down to the private land for some time even though i try to keep food there its not there enough, I think Raccoons have found the food source and after a day/night the food is zero, When i arrived every bit of food was gone and the hide/blind had been raided, My food containers were on the floor,open and empty, Only a raccoon could do that, I had an image in my mind of some wild party going on in the hide with 3 or 4 raccoons having a great time, Anyway i havent been very happy with my perches, They seem kinda bland so i cut a small branch from a small tree just coming into bloom in my garden and used that for small birds and then cut some vine and wrapped it around my woodpecker branch to add some colour, The vine stayed good for around anhour before wilting even though the end was in water but by then i had some hairy woodpecker images, The red bellied woodpeckers arrived late and the vines were all but dead but i think maybe still be there than not, It was a slow session with bouts of action which was fine and i now need to keep the food going in as the birds are paired up and probably on eggs, A small amount of effort now could pay dividends soon.
Closer to home the raccoons have been coming into my garden going into my new pond for food that i have placed on a rock in the middle and the other night one climbed up onto the garden fence and fed from my bird feeder for about an hour, I now have a few images that i have in mind and i am sure will happen over the coming weeks 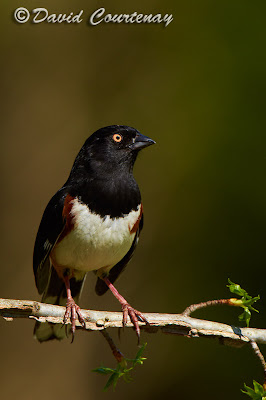 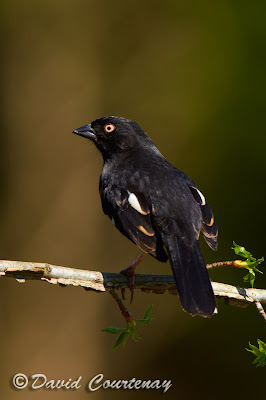 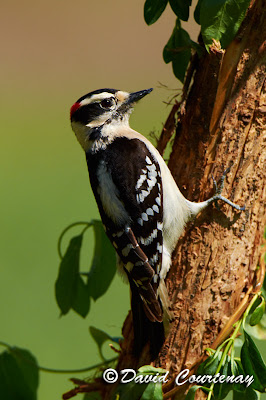 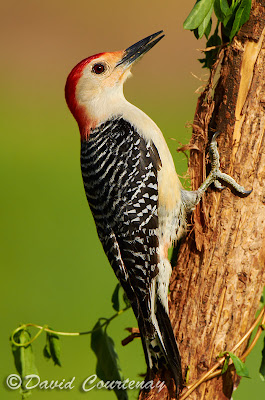 I only took the D7000 and 600 and the woodpecker perch is too close for the red bellied woodpecker with this set up-you can see that its very tight in the frame so i will move it back and add a 1.4x for the hairy woodpeckers, I have to admit that although i had some misgivings with the D7000 its still my camera of choice for this type of photography, The AF is very good and  grabs the subject quickly, I shoot in manual mode and the files look very nice, For the money its a bargain and offers great IQ when used with a quality lens, One thing that i felt lacking was the SD cards, although it has 2 SD cards are slow compared to CF cards until now as Delkin have just bought some very fast SD cards out, I hope that Sandisk are close behind as i have 100% trust in Sandisk, I hope that they are reading this as i would like to test any new cards out, along with my USB3 laptop it should make life and downloads much faster