After we had finished seeing the sun up at Portland Bill as I reported in Part 2 of this series, we drove down off the Bill, along past Chesil Beach and pulled in at Ferrybridge.  This can be quite a good spot for various wader and shore birds across towards the Fleet behind Chesil Beach, such as Ringed, Little Ringed and the occasional Kentish Plover.
As we pulled into the car park, we saw a Little Egret a bit further up on a patch of water that I had not seen before.
Pulling the car to a halt with the drivers side away from the target, I was able to get out quietly and unseen and belly crawl up to a suitable location without being seen.
The Little Egret was the obvious character being big and white but looking further around there were also Black Headed Gull and to my joy, a male Red Breasted Merganser.  The RBM's have always eluded me photographically when I had seen them on many occasions in Scotland so it was great to see this one fishing away like crazy.
My first concern though was that the Little Egret wouldn't stay away and it was difficult getting clean shots, but after a few minutes of watching rather than thinking about the images, it all became clear to me.
As the RBM was dashing around chasing prey, it was also disturbing other prey and it was this that the Egret was focusing on.  On occasions, the roles were reversed, so it was great fun to see the teamwork in action. 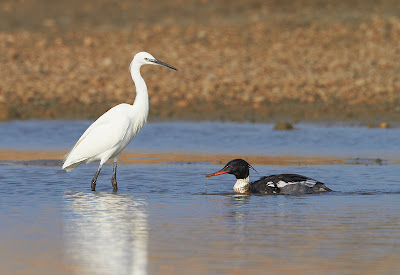 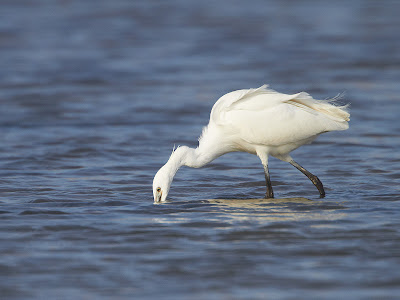 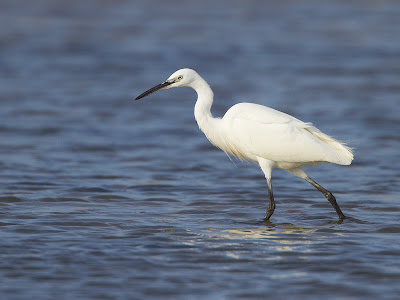 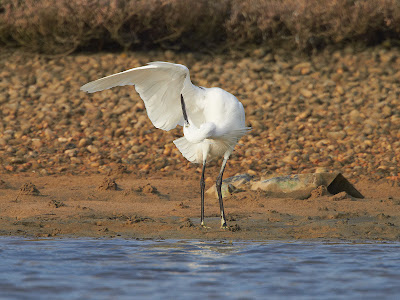 '
Preening - 'Its under there somewhere' 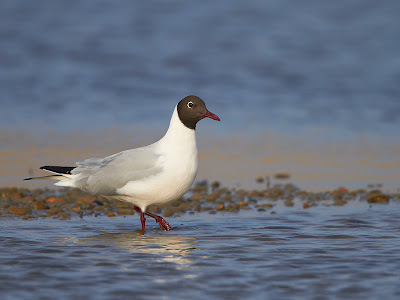 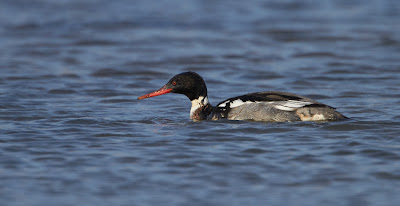 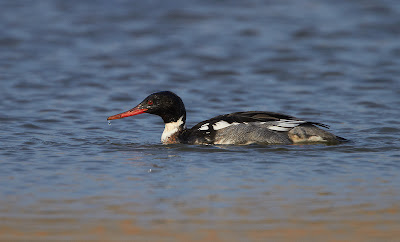 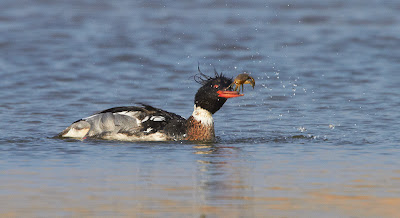 Juggling a Shore Crab for breakfast 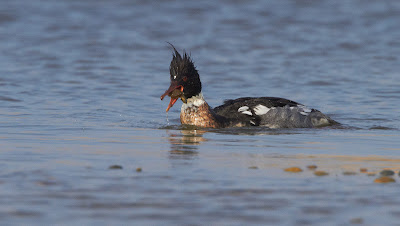 Still struggling - it took it quite a while to get it sorted
All in all, a very pleasant time with some great light and strong sun on my back as I lay down watching.
Martin
Posted by WPATW at 05:00