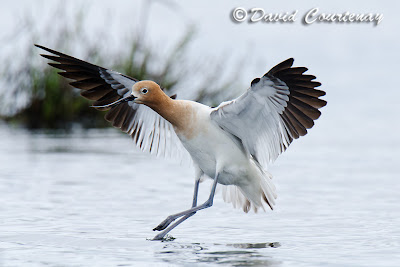 We left Raleigh is very grey overcast and misty conditions and landed in San Francisco in the same horrible conditions, The flights were how shall we say-interesting, I hate flying at the best of times and the short flights always seems worse than the longer ones, Its just matter of switching your brain off and knowing that in the next few hours you will be where you want to be, I love to travel and to shooting new and different countries and shoot new and exciting species and that to me is worth the drama of flying,
We drove straight to the hotel and dropped the luggage off and went straight out and to the lake for the Eared Grebes, it took some time but we found one in a large group of coots, The light was dreadful and although i took a few images of the grebe i binned them all although some coot images came out very well-so at least i know that the grebe and a prime target is there.
Sunday and its an early start, We went straight to the lake, Again the weather was not up to much and after watching the Grebe for an hour we left, It was still in the same area and i watched and made mental notes of its behavior and movements, I have a week to get some shots so not to perturbed that i didnt get good images straight away, I popped down to my usual place in the bay area and shot some waders of which there are thousands and some of the Avocet and Stilts that are there, I used the D7000 and can say that for birds in flight it works very well, About 11am we head south and down to Monterey Bay, About 1hr20 minutes drive, Straight away and i am shooting Western Grebe-a fantastic looking bird and they came so close that i ended up with head shots-amazing, I carried on checking areas i have shot before and watch White Pelican, Godwits and more Eared Grebe, This looks like its going to be a great trip, The weather improves and we watch some big rafts of Sea Otters and head down to Monterey for lunch, There are some Loons or Northern Divers in the bay as well as more grebe, I drive down the coast endin in Carmel, On the way i shoot lots of Gulls in flight and some Ground Squirrel, This time of year the beaches are covered in flowers and its a stunning place to be, Some areas glow in pink and millions of flowers clover large areas, Here i shoot grackles and have shot Squirrels in the past, Its going to be a busy week but when all the conditions come together you have to make the most of it especially when you are away from home
Day one over and its back to the hotel at 10pm-time for a beer or 3 and download the images and get the blog done-feeew i am knackered but feeling good-roll on tomorrow 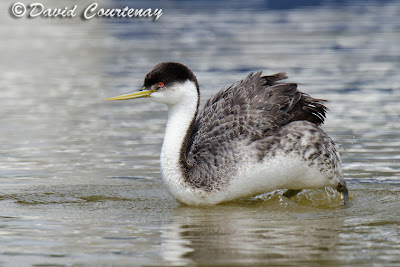 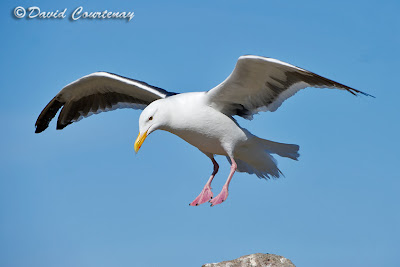