Well the weather over the weekend was not as predicted and when the weather was nice i was busy eating and drinking-yes the social season has kicked off and most weekends will now be a blur, I am trying to get one of the new USB 3 downloaders by Delkin before i go to California in 2 weeks, The extra speed will make life much easier but as they have only just been announced its hit and miss as to whether one comes my way i will add a USB 3 hub and tranfering images to my main external hard drives and cloning the back ups should be a sinch,
The rumour mills are going at full speed which i find strange considering the recent problems in Japan, All the camera manufacturers are affected and although they say that they are running it will not be at 100% for some time, But as Nikon announced a new camera last week in the form of the D5100 i guess thats got everybodies hopes up that the suspected bug arrivals like the D4/D400 and D800 from Nikon and the 5D3 and 1DS4 will make an arrival this year or sooner, Sony announced a 24mp cropped sensor recently and people are saying that it may go into the D400 i for one doubt that and really hope not but as they are all just rumours we will keep it that way until something is announced by the camera makers them selves-good fun though watching people getting themselves in a tizzy and arguing with others about something no body has a clue about,
I am still going through the naming and selecting of the Japan trip images and will start the main processing of them this week and getting them ready for agency selection, I recently did a blog about image manipulation and one image stood out that was ripe for it, here is the finished image 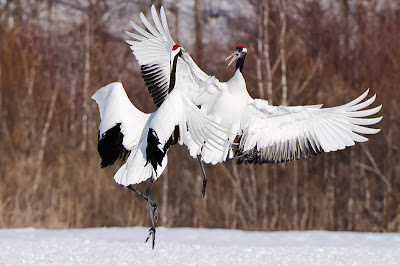 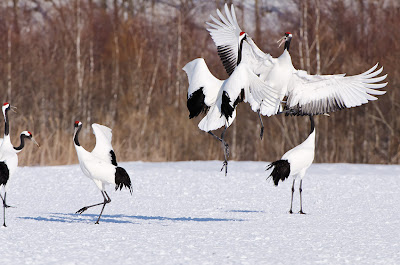 Now it would be bad enough to put it up without saying that its a heavy crop but the main problem for me is that there is a bird removed and that puts in into naughty territory, Its gone beyond what i find acceptable and you will not be seeing this image again on any forums unless its to illustrate what i have done, By the way it was done just using the clone tool and took a minute or so, I used to look at images on the web and be in awe of how the photographer always managed to get the birds perfectly in the frame but now i am always suspicious which is a shame really,
So back to the grind, The weather here today is supposed to be around 90 but as i sit here and look out of the window its over cast and barely 65