What a strange morning

What is THE strangest animal to come into your garden, Fox? badger?raccoon? Well what about a snapping turtle, Yesterday i dropped my wife off at work and decided to set up in the garden for some hummingbirds, I stood in position for about 30 minutes then i caught something move in the corner of my eye, There was a snapping turtle trying to get through the wire fence between the farm next door and my garden, I popped over the fence and tried to pull it back but this was one fiesty turtle, It reared up hissing and snapping at me, Even a small one will give a nasty bite. A big one will take a finger off, Tip to toe this one was close to 3 feet and it was surprisingly fast, I decided to leave it as it was now away from the fence however 10 minutes later and back stuck in the fence, I pushed it back with a large stick and lifted the fence, I thought that the heavy rains the night before had made it move and was heading for the pond/drainage ditch behind my house , It went into the ditch but carried on, It was heading towards the road so i called animal control and then went to the road to stop it going across, I called my neighbour to get the small dog cage in my house and after a while we managed to get it in and then animal control came and took it away, they said it would be released into a river a mile or 2 away, It was a strange encounter but i did mange to get some reasonable images of it using the D3s and 24-70 at 24mm, I have seen lots of snapping turtles here before in lakes but never out of water-what next? 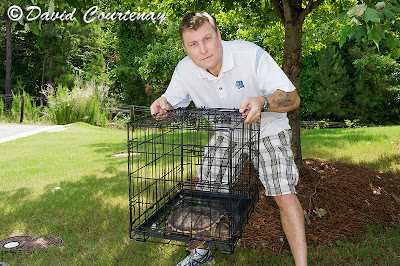 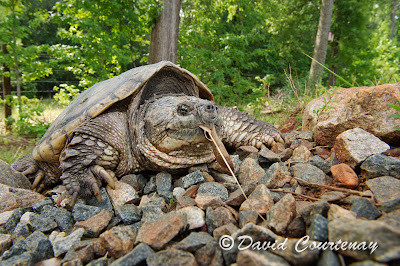 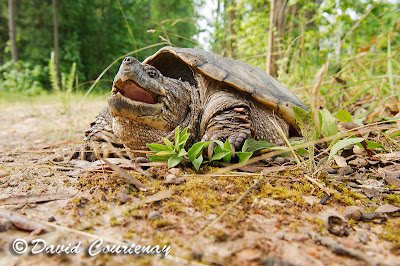 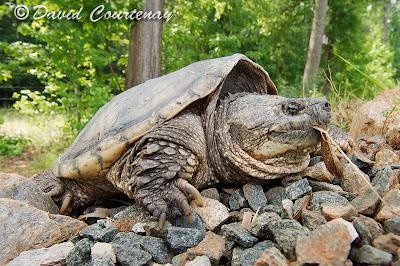