A week and a half ago, in this post, I mentioned about a great photo tool app that I had found for my new Samsung Galaxy S2 phone.   I mentioned there were a lot of tools but didn't go on to list them all, and you probably thought I was being lazy.  Well that is probably pretty much true, but I thought there would be a better way to share than just write them all out.
One of the things you find when you upgrade a bit of kit is that sometimes you don't know what you don't know.  In this case, I just googled tips and tricks for the new phone and came up with a whole array of great features.  One of which was getting screen grabs as photos.
So having learned that, I can bring you the full array of  tools in this great little app. 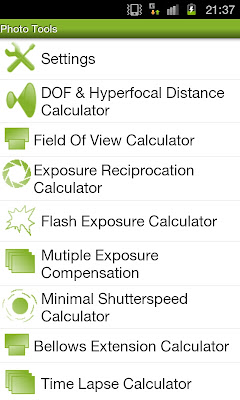 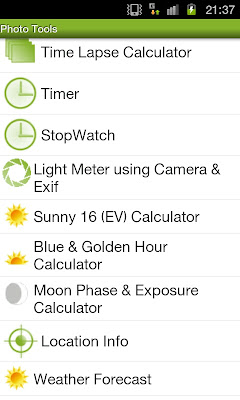 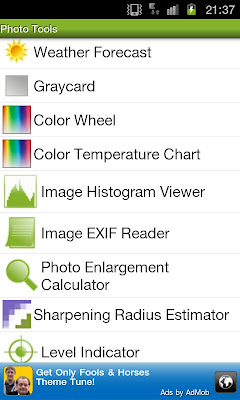 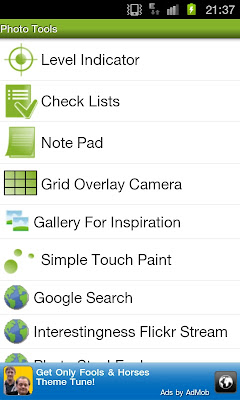 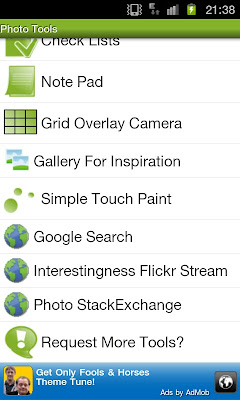 I expect there is a similar one for the other phone as well.