It seems i will stuck at home for at least 3 weeks due to not having a driving license until the government sort the paperwork out, It could actually be over 2 months unless somebody foots the $2000 to get it pushed through quickly, So i will have plenty of time to pack boxes and get ready for the move as well as plenty of time to go through images and get some processing done,
In the last couple of weeks i have noticed images on the web and even sent to me that show a flaw in the composition and that is the lack of space for virtual legs, Thats right virtual-you cant see the legs but your brain knows that they are there and without space in the image for the legs the image just looks wrong,
When i lived in Switzerland i got to know a small group of young Ibex-a mountain goat that have huge horns when the males reach adulthood, The young ones were easy to approach once you managed to find them which was the hard part, I remember getting up close and personal with one young male and getting some nice images, I put the image up on some forums and got some nice comments but one guy said that i should have left some extra room for the legs which were hidden by grass, As soon as i re viewed the image i could see his point and he was correct
Here is the image 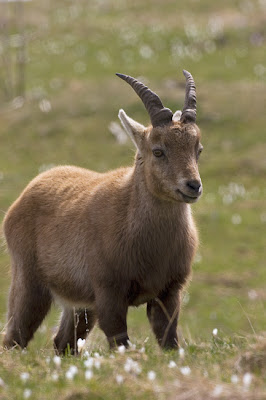 Looking at the image now its not a great image, The light is quite harsh and the wildflowers in the distance are a bit distracting but the biggest flaw to me is that i have not allowed enough room  at the base for the virtual legs and to the left, It does not matter if its a bird standing in water or on land if you cut the legs off or do not leave enough room for the legs that you can not see the image will look right-Give and image room to breathe and it will look more pleasing to the eye