A couple of weeks ago i found our ponds resident Common Whitetail dead on our patio, I dont know if he flew into the storm door or if it was in a fight with another dragonfly which is more than likely, Well its place has been replaced with another large dragonfly which now competes for space with the other resident Blue Dasher, I am not sure of the specie of the new arrival, Its quite a bit bigger than the Dasher, I thought it looked like a seaside dragonlet but its much bigger so i will have to have a trawl through the internet, The new guy takes pride of place on the stick i placed there leaving the dasher to perch on leaves or grass, I nipped out with the D7000 and 200-400 to grab a few images, It was quite breezy but that worked to my advantage as the leaf that the dasher was perched on was turning my way giving good top views of the dragonfly, I shot at F8 and had a shutter speed around 1/1000 and was lucky that most images were nice and sharp considering i was hand holding and it was breezy, The small pond has been great for attracting all kinds of wildlife and we now even have dragonfly larvae in it which will keep the tadpoles on their toes, 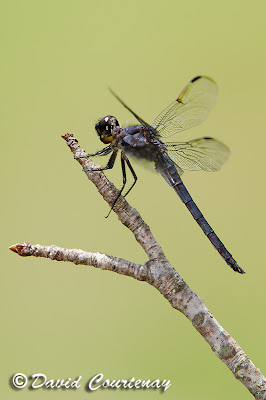 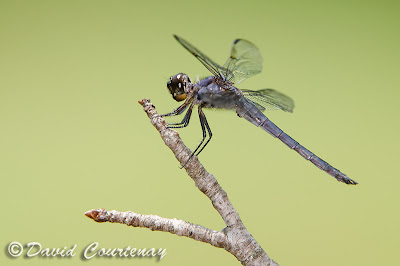 Blue Dasher loves to pose with its tail up 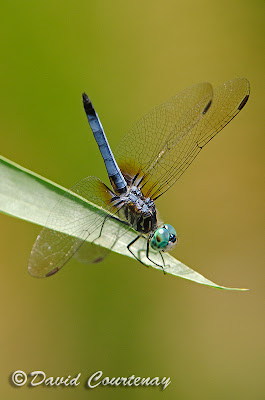 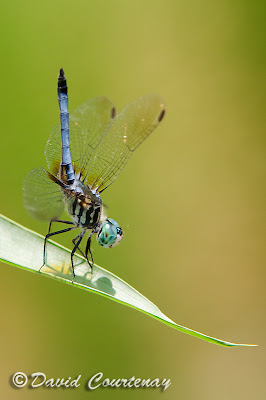 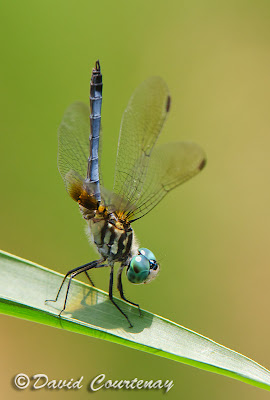 I used some fill flash as the light was harsh