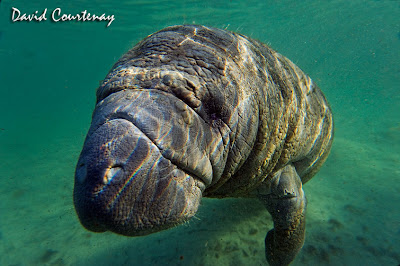 Firstly i have to say that this is a very special place, To be in the water with the Manatees is something thats difficult to describe, Sometimes a touch intimidating and sometimes very touching and intimate, Monday i was at the dive shop at 6am and found that i was 1 of 19, I was a bit gutted as i wasnt expecting so many people, We went to 3 sisters spring, I had huge hopes for this place but found that as its tidal the manatees would not be in the actual spring until the afternoon, not a problem as there were plenty of manatees at the base area which was only about 4 feet deep, The water was gin clear-for a few minutes, Then about 30 people entered the water, some kids who had not snorkelled before and either stood up or splashed about, The result was that within minutes the gin clear water was full of particles and the photography got very frustrating and difficult, I went up stream on my own to get away from the masses but the manatees preferred the warm water of the springs, there was no problem in getting close to the manatees but out of 300 images only a handful were clear and ok, It was a great experience to be close again to the manatees but after my last trip i had extremely high expectations, In the afternoon we explored the area and went to the nearest beach where i took a few bird images, A tri coloured heron was the highlight,
Tuesday was going top be even busier and after a chat with the dive shop we agreed to miss out on the easy option of the 3 sisters spring and play the wild card-kings spring, I had good results here last April and although the manatees can be hit or miss its much deeper-10-12 feet on average with a few areas around 4-5feet, So even if people kicked and flapped around the bottom would not be stirred up, Monday i was first in and last out after 2.5 hours in the water but i suffered from cramp twice which made me stand up, that would not be an option in deeper water, Luckily i warmed up properly and the cramp stayed away, I was first in again and swam towards the gap between the springs, Surprisingly the water was dark green and cloudy by the boat, It was also cold, The nights had been frosty but the water at the springs was 72 degrees so felt warm, As i made my way towards the spring it started to get warmer, The spring was about 100 yards from the boat, I made it to the spring about 10 minutes before the next person, I could hear the manatees under the water, a bit like a dolphin but couldnt see any, Suddenly there was a bang in my side which shit me up somewhat and when i looked over there was a huge female inches from me, The light was still very low-1/13 at F8 and ISO 800, I took some shots over the next 30mins which were all deleted, I found an area right over the spring that was very clear, I ended up with about 20 manatees around me, when i say around i mean i had them swimming under me, i had them i front and behind and i also had 1 nibbling my flipper and one holding one of my arms, It can be intimidating at first but i actually felt like i was swimming in a pod of whales, Huge animals making me feel very small indeed, A couple of the babies were very playful, One came over and put its flippers around my arm and pulled me in and held me face to face, Its mouth actually touching my face mask, Amazing and as i said sometimes very intimate, They look you straight in the eye and when you rub their tummies their eyes roll back and they obviously really enjoy the interaction, It was a much better day even though there were so many in a small area that shooting them was difficult, I will go back to the same area tomorrow, One of the problems is that you are dictated by other 'tourists', Once everybody is done and out of the water they get cold and want to leave, Monday i was in for 2.5 hours, Tuesday i managed 1.5 hrs before it was time to go,I am glad i have 4 sessions and wish for more, After the morning session with the manatees i went back to the beach to shoot some of the gull and skimmers and get some sunset shots over the gulf 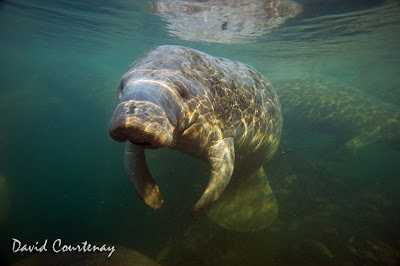 This looks strange but the story is, The guy is standing there when the manatee comes along and waits behind him, He does nothing as he didnt see it, The manatee ends uo bumping into the guy-more than once until he stroked its back, it then rolled over and laid on the bottom as he rubbed its tummy, Some people say the public hassle the manatees-this shows it can be the other way 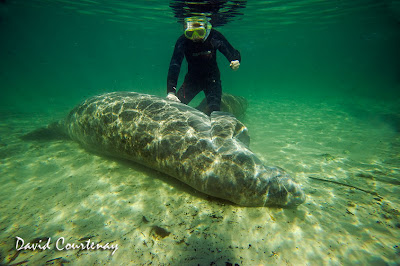 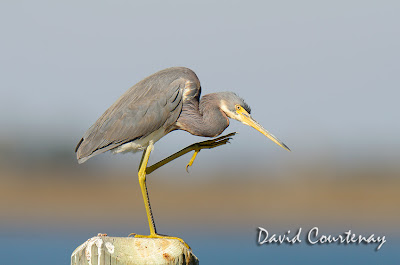 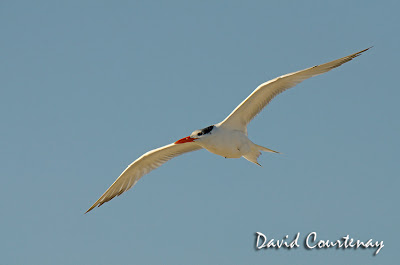 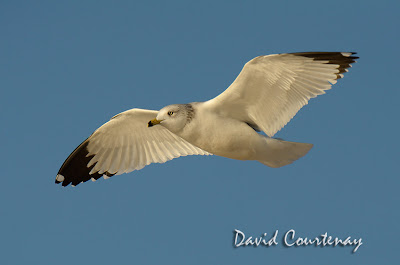 I know the horizon is a tad off, I can easily correct when i am on my desk top 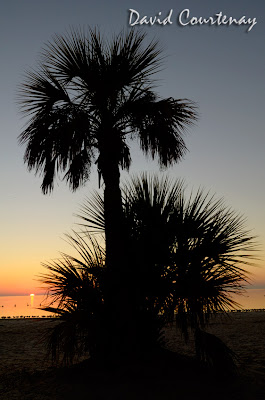 Email ThisBlogThis!Share to TwitterShare to FacebookShare to Pinterest
Labels: florida.manatees.birds.sunset.