The UK has been getting a lot of snow this winter, but here in the West Midlands, or more precisely Warwickshire it has passed us by......until yesterday that is, when a narrow belt went through here and down through as far as the south east.  We had about 10 to 12cm of snow and a low of about -17 deg C overnight
I mentioned a few weeks ago that the extremes of weather changes your local wildlife, and it was no exception here.  Walking on the recreation ground in Stratford yesterday afternoon as the snow was coming down, |I saw a first for round these parts.  An Oystercatcher got up from the muddy area around a small flowing brook that feeds the River Avon.  I guess it was grubbing around for worms and other such like.  Well it was a surprise to see it.
We have been seeing lots of Fieldfare and Redwings around us and I managed to get some images on a walk first thing this morning.  All a bit distant as I used my walkaround kit of 7D, 300f4 IS L and 1.4 EFTC.  A nice lightweight combo, but obviously missing the firepower length of the 500. 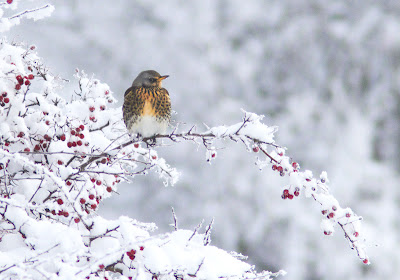 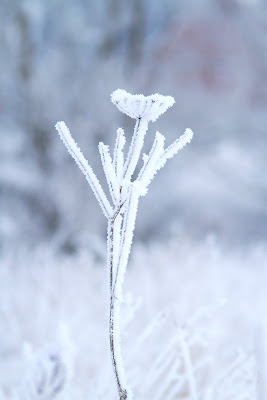 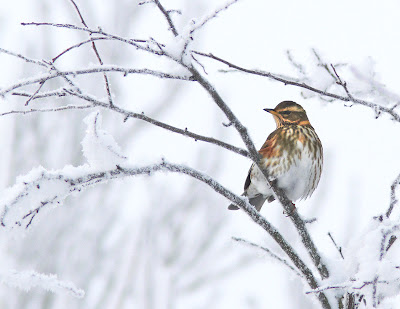 A female Great Spotted Woodpecker also popped into the garden first thing.  Light was poor and these were taken at ISO1600, but it was great to see and get a few record grab shots.  A beautiful male Bullfinch was also present but sadly not close enough for an image. 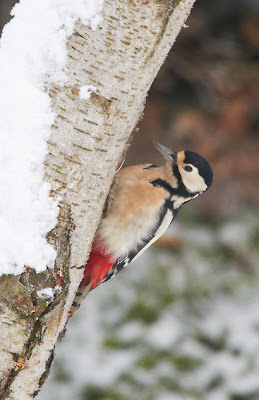 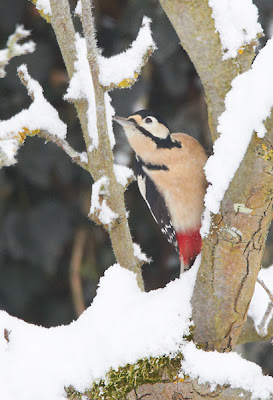 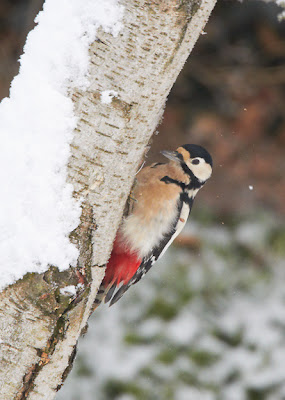