The Rodeo came to town this weekend, Love them or hate them they are a big part of American culture, I went to one many years ago in Oklahoma which was a big outdoors event, This was a much smaller arena event, I know some people think that there is an element of cruelty involved but you have a young 150 pound guy against a bull over 1500 pounds the odds look pretty good in the bulls favour and so it proved on more than one occasion when the bull threw the rider only to turn and carry on beating the guy up, The rodeo was a bull riding contest as opposed to a horse riding one with the bonus of some cow girls doing some racing against the clock, 2.5 hours for $15 was good value and some excellent entertainment, So mush so that we went back on Saturday night for the finals, I kept a careful eye on what was going on in the background before the bull was let loose and i admit there were a couple of times when the bull was kicked to get it into position but the kicking was in the big fatty part on the shoulders and as i say i only saw it a couple of times, I made my mind up that its not a particularly cruel spot unlike some-badger baiting or Spanish bull fighting come to mind and at the end of the day the bull walks off none the worse for wear, One thing that it is is an excellent place for photography, Both nights that i went i shot around 16gig of images, Being indoors the light was low and so i took the D3s and 70-200VR, A match made in heaven and to get the shutter speed that i wanted -1/500 minimum i had to use ISO 6400, The camera was made for this type of event and there isn't another camera on the planet that gives such good results at that kind of ISO, I had to handhold the gear as well which made the shutter speed all that much more important, When the gates open all hell lets loose and its normally in the first 1 or 2 seconds that the bull gives its all and reaches for the sky, The plan is for the rider to stay on for 8 seconds and over the weekend that only happened a few times so fast and furious is the name of the game, When the rider demounts for whatever reason the chance are that the bull will turn and try to flatten the guy, This is where some 'clowns' run to the bull to try and distract it, Incredibly brave or stupid many times they faced off with the bull which again made some excellent photography
Here are a few images that i was pleased with, I had never shot in an indoor arena before so a new challenge for me 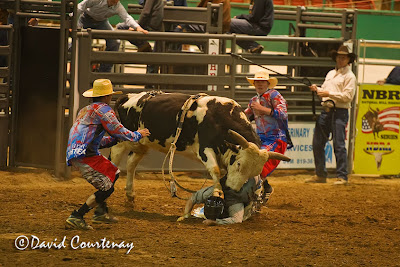 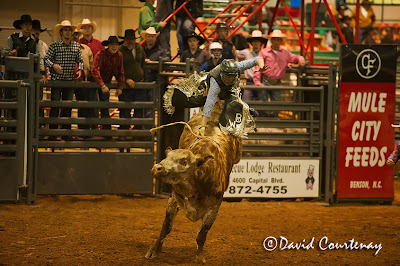 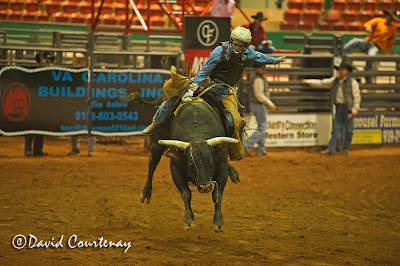 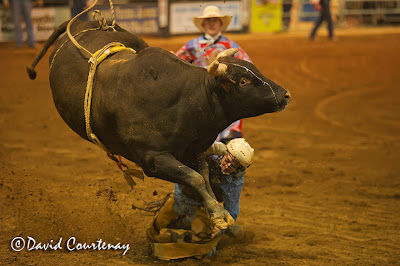 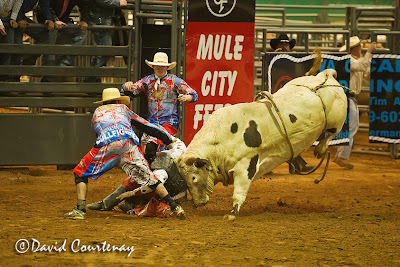 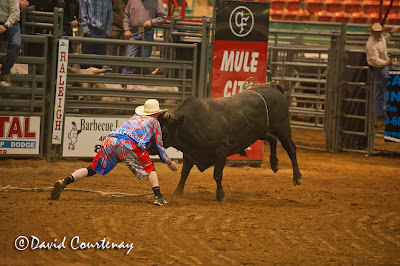 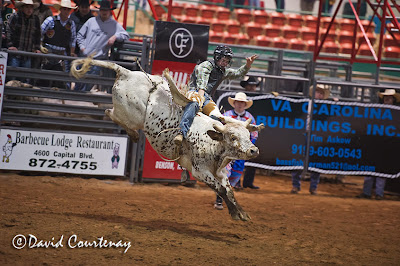 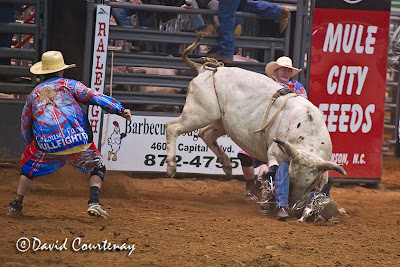 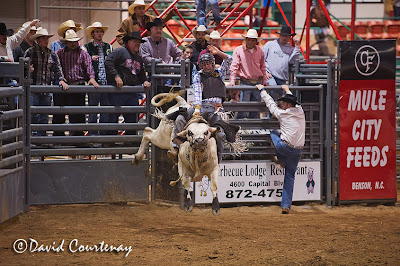 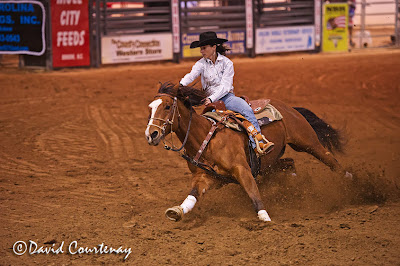 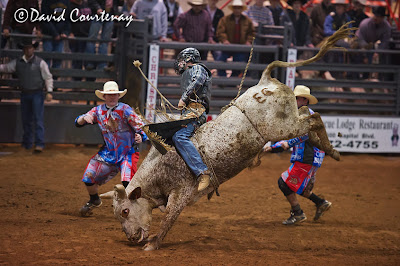 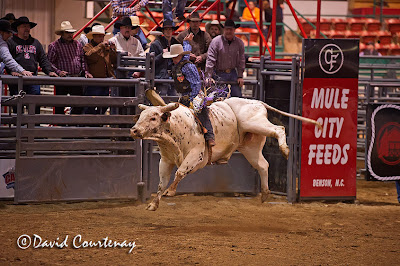 So there is a small sample of the images taken over the Friday and Saturday night, Its amazing that you can get such usable images at ISO 6400, Most of the images are full frame with a few cropped, A 300F2.8 would have been the ideal lens, I was lucky to get front row seats both nights so was fairly close to the action, Agree or not with rodeos you cant say that they are not photographically spectacular