As you know i have had the D7000 a few months now and am very happy with it, The 'hot pixel' problems that people were complaining about in various forums have been fixed by the latest firmware update, I had 4 hot pixels when i looked at the video in a dark room but they did not bother me as i dont use the video function, Now that the firmware update is installed the pixels have been mapped out and all is well with the world,
When i was in Florida just before Xmas i used the D7000 to shoot birds at the beach, A mixed bag ranging from egrets to gulls,skimmer and grackles, I thought that it would be a good test for the D7000's AF system especially the grackles which are about the size of a European blackbird, I didn't spend to much time trying the grackles but the camera did nail a few and performed very well overall 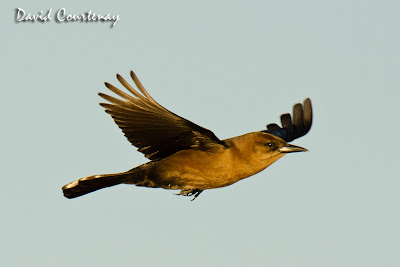 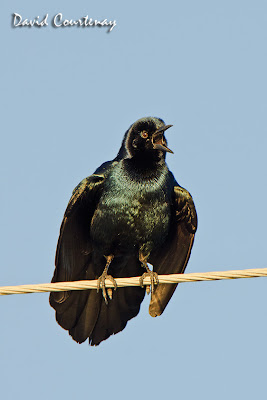 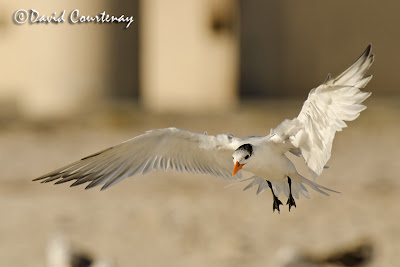 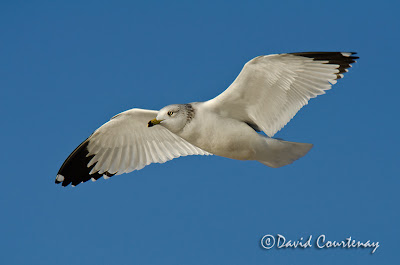 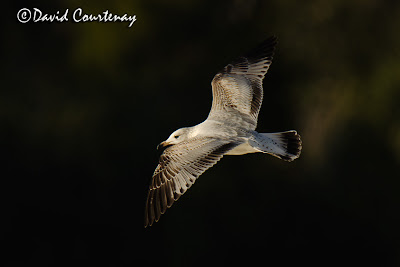 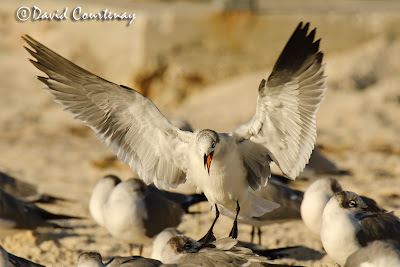 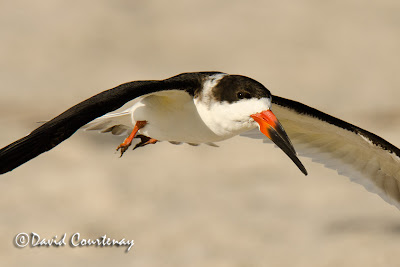 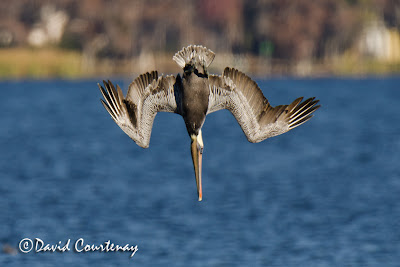 As i had my wife with me it was not an out and out shoot, I just set up and as when birds flew by i just snapped away, The pelican was actually taken at a local lake to where we were staying, We were taking a drive and happen to stop at a scenic area when i noticed the pelican in the distance dropping down to grab some fish, As it got closer i grabbed the camera which was set up on the back seat and grabbed some shots-very opportunistic photography, The top grackle image is probably only 40-50% of the image, The rest have small crops or are full frame

Email ThisBlogThis!Share to TwitterShare to FacebookShare to Pinterest
Labels: florida.birds.d7000.