Bird photography has always been popular but more so now than ever people want to get the bird in flight, The smaller fast birds like swallows and hummingbirds may need a specialist set up using multi flash and even beam triggers to catch the moment, For the rest of use that shoot the more common birds like wildlfowl and raptors things are a lot easier, The basics are still the same i.e get a good exposure and use a shutter speed fast enough to either freeze the bird or slow enough to give the effect that you are after, I tend to use Manual mode when shooting birds in flight as long as the light is constant, If the sun is in and out then i use AV mode, Aperture wise i will use a long lens either wide open or stopped down a bit, So in my case the 600VR is attached to my gimbal head/tripod and set at either F4 or F5.6, This will give the maximum shutter speed and then its down to the ISO which would be 400-800 as i want a shutter speed over 1/500 and preferably over 1/1500 to really grab and freeze the action, It depends on the bird as large birds like herons and swans are big and slow so you can easily get away with a slower shutter speed whereas a small fast duck will need a very fast shutter speed if you want to freeze the wings, Its not always necessary to freeze the wings completely and some movement/blur can add to the image, Get some images in the bag and then experiment with fast and slow shutter speeds, I have my cameras set up with continuous focus and i use either 9 or 21 assist focus points on the Nikon D3s or D300 (now D70000),Using just one point on a fast moving bird can be difficult and easy to loose focus, The assist points will grab the bird if it drifts off of the main focus point, If you are using a lens smaller than a 600 then its possible to handhold the lens, When i shot with the Canon system i used the 500F4 and would always handhold for birds in flight, The 600F4 is just to heavy for holding more than a few seconds at a time so it must be tripod mounted,
To sort your exposure i either take a reading off of a white subject like a gull or even a cloud and add compensation until the histogram looks good in the same way as you would meter for snow, I like to compensate until i get blinkies showing over exposure and then take 1/3 stop off, That way if you are shooting a white bird you will not blow out the feather detail and if you are shooting a black bird you will have good detail in the feathers once you have processed the image, Its basically exposing to the right, You can take a meter reading from grass in light which will be about mid tone or i sometimes take a test shot of half tree and half sky, As a general guide +2/3 will give a starting guide to get your exposure,
You will get better results if you track a bird from distance, It will give your AF system a chance to calculate the speed of the subject, I normally have my camera focused on the horizon as i find its quicker to focus from far to near than near to far, If you have a flock of birds coming towards you then just concentrate on one bird, Follow it in from distance and start taking shots when it looks a good size in the viewfinder, Set your camera to high speed continous shooting but dont spray and prey just take shots when the bird looks good, Take into account of the wing position so that you get wings up and wings down images, 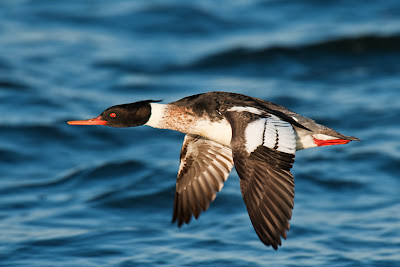 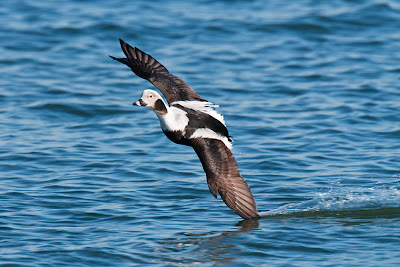 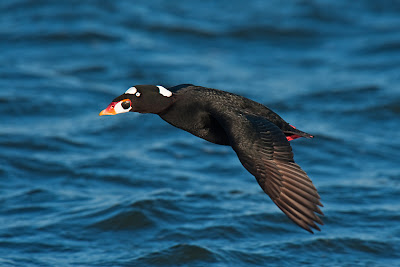 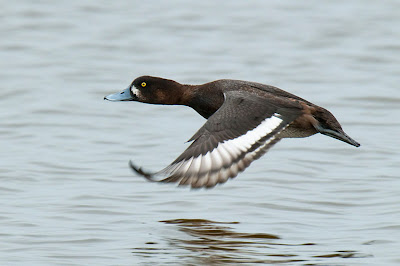 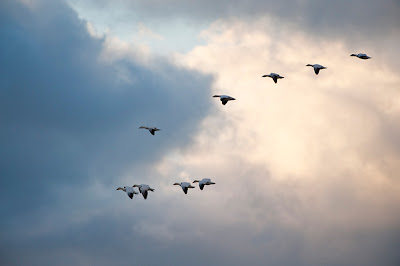 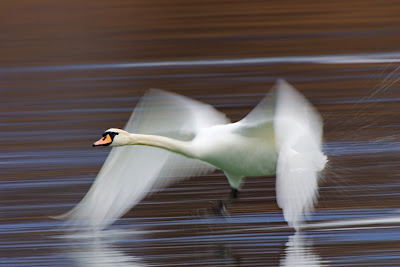 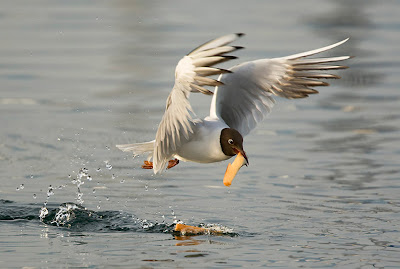 Shooting birds in flight is great fun and can be a real challenge, the possibilities are endless and the more practice you have the better and more consistent your results will be

Email ThisBlogThis!Share to TwitterShare to FacebookShare to Pinterest
Labels: birds in flight