Last week i turned my desktop on and opened capture one, I could see the images but all the tools/sliders were greyed out, It had been working fine for a few days since i had installed the new version, Then i noticed a warning sign saying that one of my raid hardrives/ports had a problem and i needed to back every thing up before it goes pop, I went and bought a new 1TB Western Digital Caviar Black and did a C drive back up and today i removed the old 2x 500GB drives and replaced it with the new one, To my amazement it all worked from the off but i still have the Capture One problem, I have deactivated it on both desk and laptop and can reactivate it on my laptop but for some reason the desktop just wont have it, I have been tooing and froing with the tech support but as of Monday PM i am still capture oneless, Thank god i can use Photoshop, I am not blaming C1 and would not be surprised if it turns out to be a PC problem but every thing else works so i am perplexed to say the least,
On the hard drive from i have just filled another one up so i also purchased a 2TB Western Digital Caviar Green with an enclosure for my back ups. Its being formatted as i write and i will clone the other hard drive over night as it takes hours
I am off to Florida on Saturday to photograph the Manatees at Crystal river only to watch the news and find out that they may shut the springs due to the severe weather that they have been getting and leave the manatees in there in peace, There have been over 600 manatee deaths already this year and its only December, This is due to  hypothermia, The manatees have gone into the springs to stay warm and they are worried about the amount of people going into the springs to see them, Pressure may force them out of the springs and into colder water which will cause the death toll to rise, No photo is worth the subjects safety but its a long way to go for nothing, I spoke to the dive shop today and as of today the springs are still open but the weather looks set to get colder this week so who knows, There are plenty of places there to see the manatees but the springs are THE place to get good clear water shots-fingers crossed for both me and the manatees
The temperatures have fallen dramatically today and will stay bitter all week, I made sure that my bird feeders were topped up today and spent a couple of hours in the hide, The usual cardinal, titmouse and chickerdees were around and then a Red Bellied Woodpecker arrived and grabbed a peanut and flew back into the tree, I waited and watched for over an hour before it flew to my 'woodpecker' branch and in the fading light i got some decent images of it 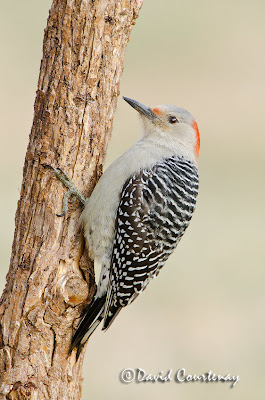 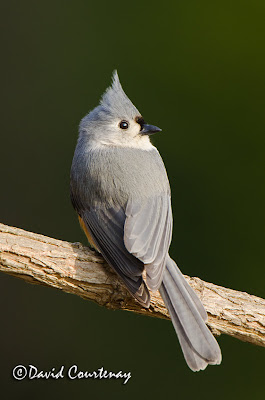 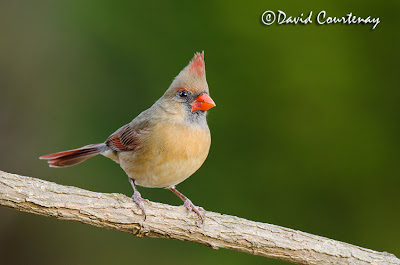