Snow was predicted to fall on Christmas afternoon here in Raleigh, White Christmas's here are pretty much unheard of and last year it was 71 degrees, But they were right and early evening it started and carried on until i went to bed around midnight, It was very light snow and i didn't have much faith that the predicted 2-6'' would happen, I opened my bedroom blinds on Boxing day (26th) and it was still snowing and we did get around 7'', Now i don't need many excuses to get the camera out when it snows, Its my favourite condition, A giant reflector meaning no shadows, My dog Alfie loves snow and was soon out playing in it, He loves to try and catch snowballs so is an easy target when photography comes into the equation, We had a 20 mins play before he doubled in size due to the amount of snow stuck to him then i set about planning the night shoot, I want grey fox and in the 'desperately' we dont get much snow here so my chances are limited, The last time it snowed i waited 5 hrs in the blind and although the fox came it was nervous around the tripods that held my flashguns, So yesterday i found some tiny tripods and put 2 of the 3 flashguns on these then wrapped the legs in white material to help camouflage them, Another 5 cold hours in the hide and nothing, A couple of deer made an appearance but the fox.,opossum and raccoons stayed away-it was like a ghost town, Very disappointing but i am hoping that there will still be enough snow around tonight to give it another go-fingers crossed
Here are a few of Alfie having a great time 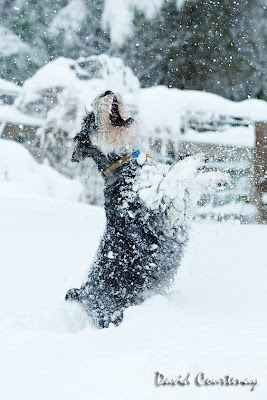 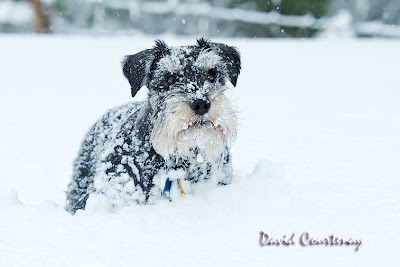 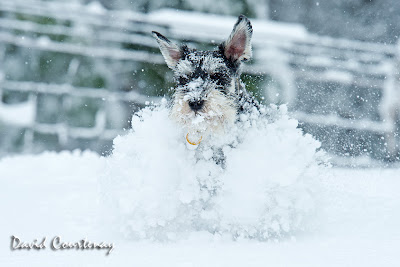 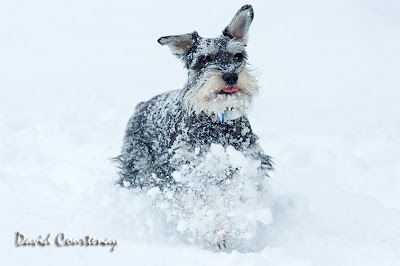 Hope to have some stories of success in my next blog, Until then carry on enjoying the holidays

Email ThisBlogThis!Share to TwitterShare to FacebookShare to Pinterest
Labels: snow.alfie.