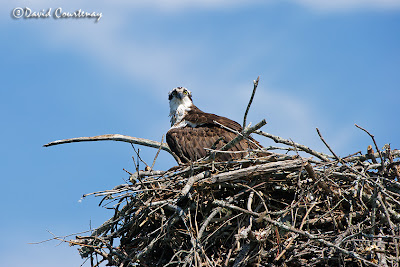 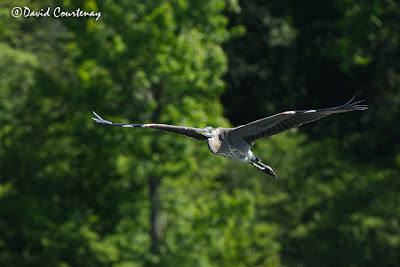 Yesterday i had a tonne of stuff to finish so that i could send a submission off to my agent but as with all plans it did not work out quite how i had planned and for some reason Photoshop would not let me allow to enter the meta-data, So i decided to take a couple of hours off and go out with the Kayak and check out the ospreys nest and take a gentle paddle around the bay to see if there was anything else about, I fancy shooting a water moccasin although i am not too happy being near snakes this species kinda fascinates me, The osprey was on its nest and had its wings spread protecting the young from the sun and heat, I took a few shots but knew that the light was still harsh, i had a heron fly very close and landed its its own nest which was cool, The main thing i wanted to do was to get some time under my belt in the kayak, they are not the most stable of crafts to be shooting in and confidence is the key to success,the session was very enjoyable so i headed back, I had a pizza and beer in the garden and as i was eating i noticed something move in the hedge and upon closer inspection i could see a Green Anole (lizard) sitting in the fence, Its the first time i had seen one in the wild, It wasnt as green as i had seen in the pics in my book but it did say that they can change colour quickly and be brown, I grabbed my tripod and put the D3s and 600 on it, The front of the hedge was in shade and the sun light was behind it, I took a shot and got this 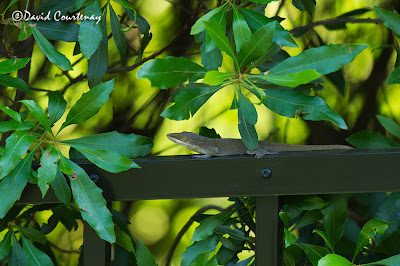 Its OK but the background light kinda over powers the subject and i wanted it a bit bigger in the frame, I had to add an extension tube to allow me to focus closer and felt that some fill light would help with the exposure 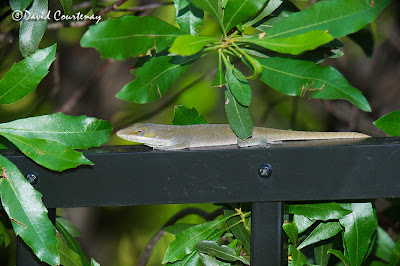 Now this is more like it and perfectly usable but i felt that the flash had under exposed the background so i lowered the shutter-speed and dialled the flash down to -1.7ev 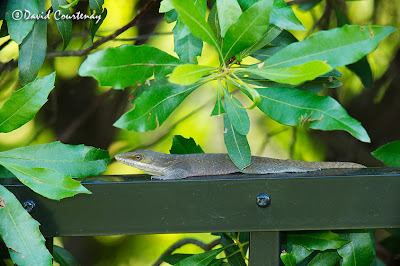 I felt that this was a more natural look, Because the shutter speed was very low (1/30) and i was using a 600 lens i used the mirror lock up facility to stop any mirror slap and to help keep the image sharp, The subject was very relaxed which helps when adjusting exposures and flash setting and over the period of about 30 mins i had plenty of opportunities to shoot it in various positions 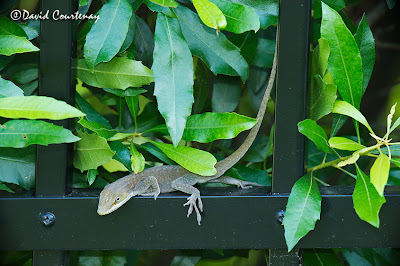 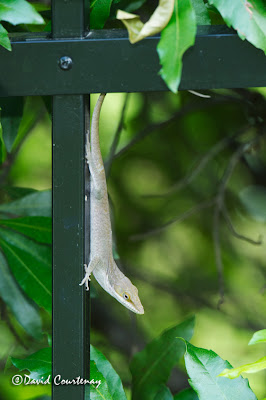 After the lizard had moved on i sat down and gone over the session, It came into my mind how i had first seen it, I think after all these years of shooting wildlife you are always on your guard and sub conscientiously your eyes are scanning for movement even when you do not realise then again it could have been the beer