I out the trap out on Saturday night/Sunday morning as the weather was warm, still and only slightly overcast.  In what was one of the bet nights of trapping since I built the moth, I recorded over 20 species of macro moth, and goodness knows how many micros.  I haven't worked my way to i/d-ing those yet as I have enough trouble with the macro moths at the moment.
Anyway, there were over 250 moths in there so I was pleased.
I recorded a few new species including this Scalloped Oak, although a rather tatty example, it has some nice markings. 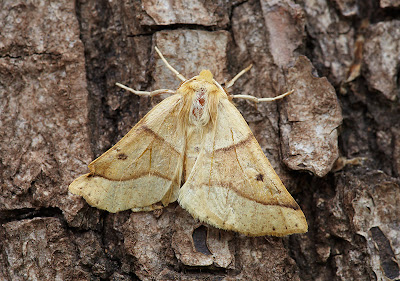 Another lovely species that was in there was a Green Arches, although sadly that one flew away while I was setting up the image.  Pity.
I have trapped a Brimstone moth on most occasions this year too, yet I have never managed to get an image worth having as once again these do not hang around when it is light, no matter how cold or warm they are.  I will keep trying as they too are beautifully marked.
Finally I got another Buff Tip similar to the one I recently posted.  This one was much larger in size though.
But a great thing to see close up. 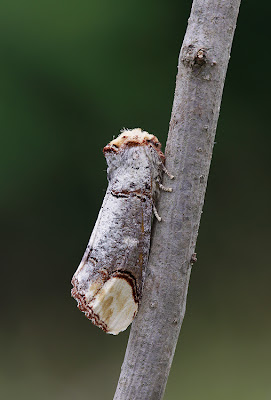 We have had a couple of really hot days here and it has bought out the butterflies again, after a gap of seemingly months since an active April.
First Ringlet of year came in the garden, although I saw these further afield some time ago.
Martin
Posted by WPATW at 17:43