Yesterday evening i was sitting on my patio with my wife and a neighbour when i looked over to the tree where i put some food down, The raccoon was there and right next to the fence was my dog, The dog and raccoon were less than 20 feet from each other but both were calm, Alfie my dog was laying down and trying to take in what this strange creature was, The raccoon visited the 3 areas where food is put down, The last area was very close to Alfie and when the raccoon had finished and began to move off Alfie let out a loud bark and the raccoon lept up into the nearest tree, Halfway up stopped and looked around-it would have made a great shot, and then continued up into the tree foliage, I grabbed the camera/lens/tripod that was already set up and told Alfie to back off, About 10 minutes later the raccoon started to descend and stopped to have a look 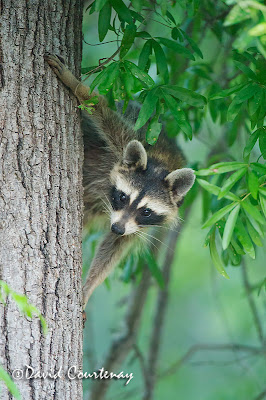 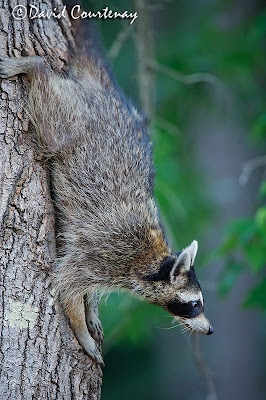 Then Alfie barked again and it turned around 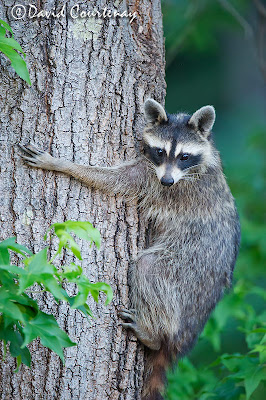 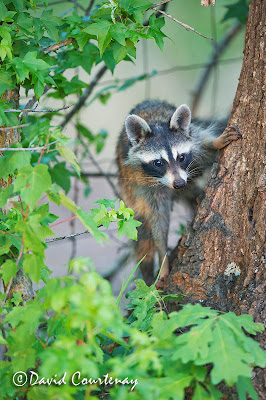 Then decided to call it a night
In all about 10 minutes start to finish but very enjoyable, Its great that the raccoon is coming out in the light although these were taken with ISO 6400 and the last one at ISO 3200, I have used a small amount of NR on all the images except the last one, The grain/noise at ISO 3200 is minimal on the D3s which is an incredible statement in itself when you think about it, The shutter speed on the last image is 1/40 yet beautifully sharp considering i was using a 600mm lens, Fantastic kit and anybody who asks why the kit costs so much more than basic kit only have to look at these, there is not another camera currently around that could give results like this

Email ThisBlogThis!Share to TwitterShare to FacebookShare to Pinterest
Labels: raccoon.d3s.iso.