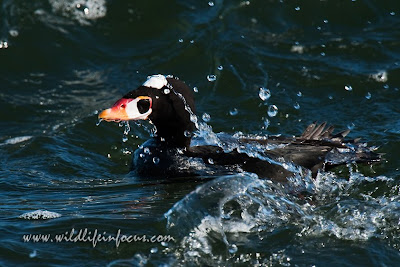 I had seen Surf Scoters (pronounced Scooters) once before when i was in California but they were too far away to get a decent image, I had heard that there were some in New Jersey and before i went i said to my wife that i would really love to get a decent image of one, The first couple of days when everywhere except the sea was frozen i found good numbers of them with the other ducks and once i had been in position a while they came close, I always start off getting a few standard images in the bag and then become more adventurous and ended up spending some time trying to get decent images in flight, Like the other birds they liked the surf and rough close in waters and so i did some shooting there as well showing their habitat and conditions that they live in, A fantastic looking bird but with mostly black with bright white areas its an exposure nightmare, I always expose for the whites i.e make sure that they are not blown, so as before i shot manual exposure, My main PC is once again playing up so these are from my uncalibrated laptop, Images taken with either a D3+ 600 and extenders or D300+ 600 and extenders, Some full frame and some cropped 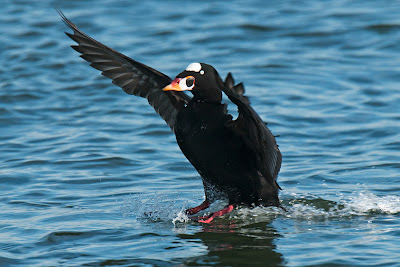 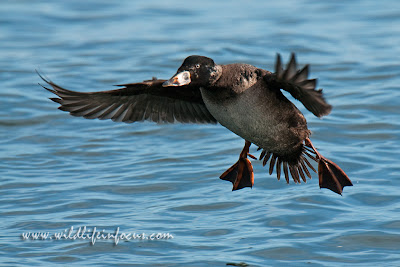 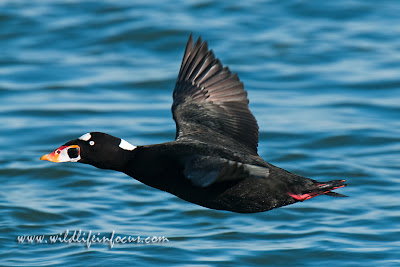 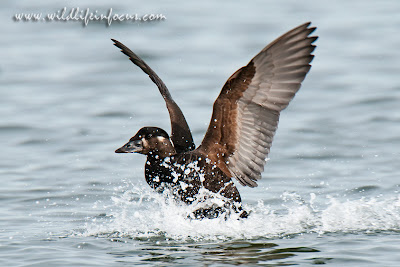 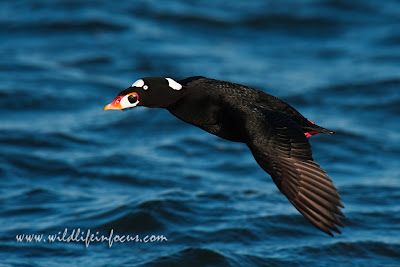 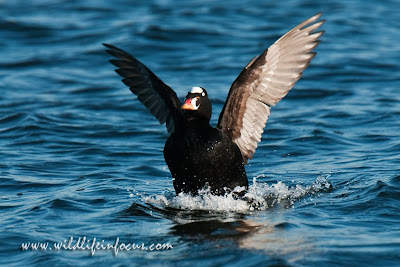