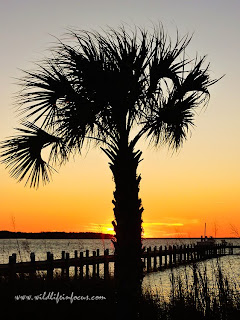 Well a very Happy New Year to all our readers, I am now back at home after a whistle stop tour of the Outer Banks with my Brit friends, All in all i managed about 2 hrs of serious photography and an hour of that was spent searching the area, My best shots came with my wifes compact camera, Its very handy to have a small camera around for those times that you least expect, On the first evening of arriving there we were going out for a meal and i noticed that there would be a nice sunset so we nipped down a small lane and found a jetty and a couple of palm trees, I let the camera do what it wanted as it was just a point and shoot and the results were pretty good, The second evening we spent driving around the area where i normally see bear but they just werent around but we did see a distant Red Wolf-one of the rarest animals in the world, We viewed it through the binoculars as it headed across a field into the distance-Fantastic,Yesterday i awoke to heavy rain and fog so we headed back once again checking the bear area but we found hunters walking through the crops-i dont know what they were after as there are signs saying its a no hunting zone but it explained why there were no bears to be seen, There were definantly bears in the area by the poo on the roads but i guess they only moved at night, The last of the Xmas pressies arrived whilst we were away and i will tell you about those next time 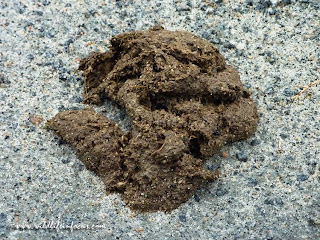