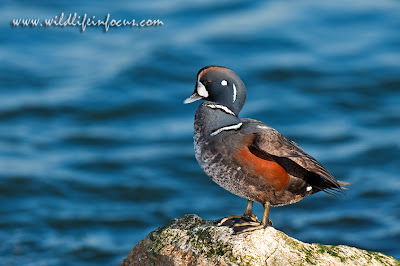 I thought it might be better to split the trip into photo galleries as there were soo many good oppotunities with various species of duck and fox, The main reason for my trip was to shoot wintering Harlequin ducks so i will start there, All my shooting of sea birds was done in Manual mode, The reason for this is to get consistant exposures, Rolling/crashing waves will cause under and over exposure in any other mode due to to changing tones i.e white wave tips and then dark water will try and fool any cameras metering whereas the light falling on the birds is a constant, I was also shooting white long tailed ducks and black surf scoters again something that would cause exposure problems in an auto mode, There was a tower out at sea that was off white in colour and i would take a test shot of that and adjust my metering as needed, Mostly the setting was -1/3 to -2/3, I mainly used the D3 with a 1.4x or 1.7x extender with the 600VR lens, I also used the D300 with a 1.4x and 600VR as this allowed some extra crop and faster focusing over the D3 and 1.7x combo, The 1.7x does slow the AF alot so at all times when waiting for action i had the camera focused at distance so it would grab the bird flying towards me quicker, Getting good images of fast flying ducks takes alot of practice, By keeping the lens focused at distance and then following the bird flying towards me at distance gave the camera time to lock on and then track the bird allowing me to just pan as the birds flew nearby and take shots when it looked good in the view finder, The harlequins didnt fly as much as the other birds but i did get a few chances in which i converted a couple into good sharp images, Some images are full frame whilst a few are cropped 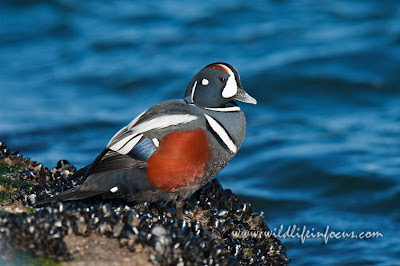 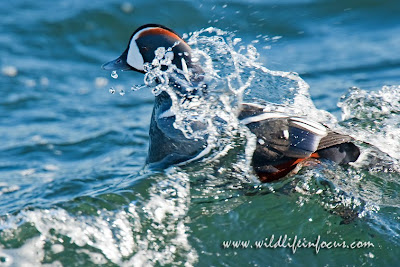 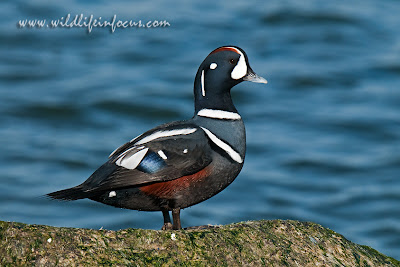 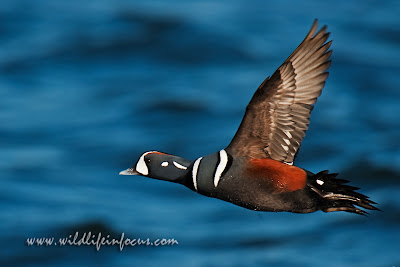 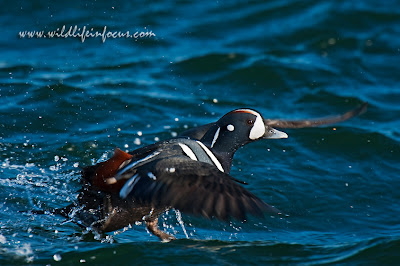