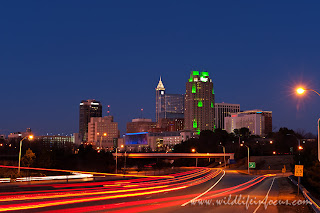 As i have mentioned before i am now taking more and more Landscape images, This has posed a problem in that i have to carry 2 heads around, The Wimberley Gimbal head for long lenses and the Arca Swiss ball head for Landscapes, My Arca Swiss suffers from sticky ball syndrome and has for years, Last year i shot in Colorado with Phil Shaw who had a gadget that allowed him to shoot wide angles with the Wimberley head, Its called a Wimberley M-8 perpendicular plate which is just basically a Wimberley plate with a clamp on the end, At $85 its very expensive but its very light and well made and will mean that i can just carry the Wimberley around and save weigh and frustration of the Arca Swiss, Using this combined with the RRS L bracket that i covered over Xmas means that if a landscape opportunity arrives i can set up very quickly, The other night i took my friends into down town Raleigh, Its somewhere i dont normally go as i am not a city person but decided to go as the sun was setting and combine the tour with some low light photography, It was bitter cold but we made our way around starting off outside the city doing long exposures to get the city at dusk and get some trailing lights from passing cars, We then moved into the city centre and concentrated on the Xmas lights, Exposures ranged from a few seconds to 30, Evening city scapes are something that i have enjoyed doing since my trip to New York and something i can see my self doing where ever i go, If you shoot with long lenses using a Gimbal type head and do the occasional landscape then the M-8 plate is well worth the investment 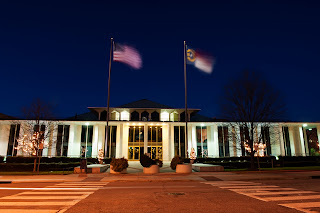 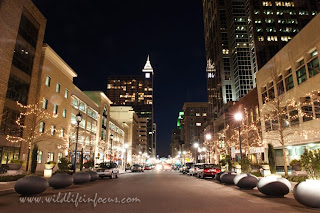 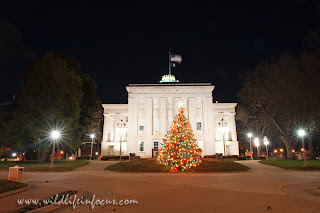