The weather has changed somewhat from last week, Gone are the clear blue skies although we still have the 80 degree weather, Huge thunder storms throughout the night and heavy rain replaced by hot clear weather in the afternoon making it somewhat steamy, The weather man described it as May type weather and we will have it for the rest of the week, Today the storm started hours ago in the night and is still raging with thunder rocking the house, March here in NC is the most deadly month of the year for tornado's so we have to keep vigilant,
Last night i set up in the garden and waited to see what would come along, The weather was great and i sat for over 4 hours in just trousers and light weight fleece, The deer came first and stayed whilst the fox appeared a little later, The fox for some reason has gone very shy and jumps at the slightest noise so with the deer around it kept jumping and running off, It defiantly does not like the flashguns around but after an hour of tooing and froing it came to feed but i sat hoping it would relax, I watched through the viewfinder as it would eat and quickly look around, In the end a deer snapped a twig and the fox left, Later on a raccoon started to come down the garden but was sppoked by a rabbit on the woodland egde and turned around a was gone, I cursed as raccoons here are not that common due to the nature of the woodland i.e small trees but i was lucky and 20 minutes later it came back and i managed a few images before it too went off, i stayed until just after 11pm and at 10.45pm the big opossum came out and made my night, Its huge and must be nearly as big as the fox in length and probably weighs as much as my dog, I packed the gear up and went in a very happy chappy, It really was a nice session, relaxed and comfortable,

All images shot with a Nikon D3s and Nikon 200-400 +1.4x
Manual mode 1/125@F10
3X Flashguns 2 in front slightly to the right 1 high (3 feet) and 1 low(1 foot) and both with softboxes, The rear flashgun at the back and to the left facing back at the set up to give a rim light effect using a Rogue Flashbender set as a snoot
Tripod mounted 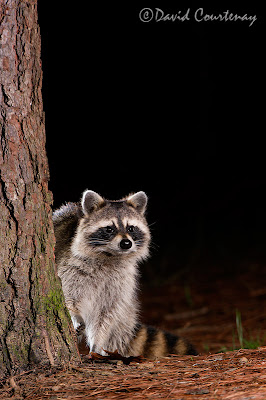 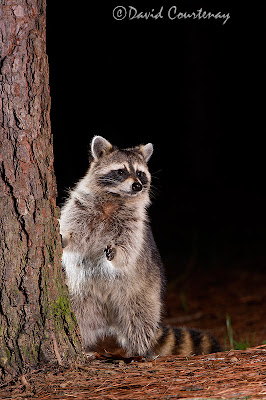 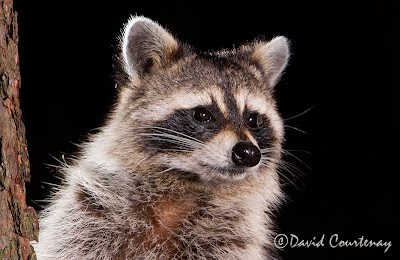 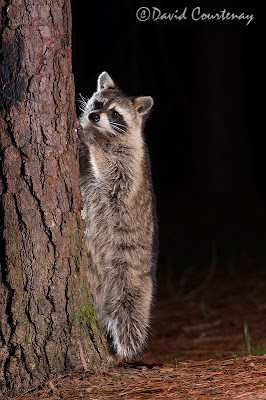 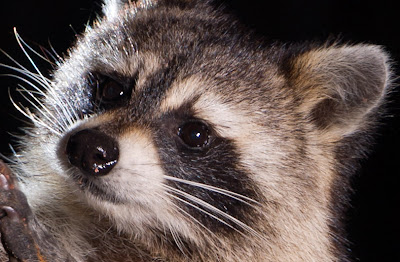 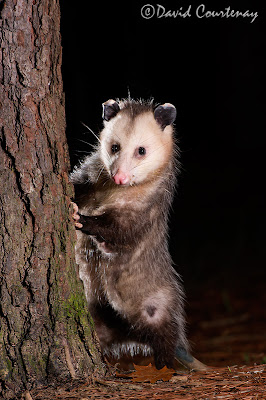 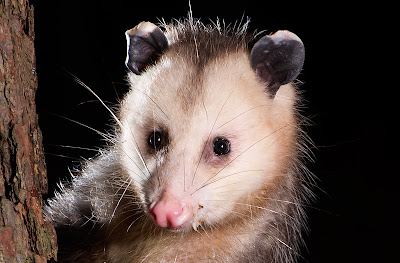 You can see by the crops that this is one sharp set up and that the 200-400 works well with a 1.4x when stepped down, Using the 200-400 allows you to compose the image in camera therefore cropping afterwards is kept to a minimum or not at all,