As promised a while back a fellow work buddy took a trip to the Focus Show a week ago yesterday, and shares his thoughts about it with us.
++++++++++

There was a palpable air of excitement within the throngs of people walking the hundreds of miles from the NEC car parks to the exhibition halls for this years Focus on Imaging. Talk of the recently emerged Canon 5Dmk3 was every one's lips and the fact that it was being 'launched' at the show was a bit of a coup. There was also talk of Nikon's new offering (D800 ? ....excuse my ignorance but as a Canon user I don't really follow what's happening at Nikon....I would get far too jealous!)

For me, as interesting as new bodies are, I was there for different reasons.

I'm primarily a wedding photographer and portrait shooter, so I was particularly interested in what new lighting gizmos might be around, and if there were any new wedding album products that suit my work. I was also hoping to catch up with a few friends.

However, the biggest reason for attending the exhibition was to try and find a deal on a lens I have had my eye on for ages. I have for a while been shying away from using zooms, and now shoot primarily with primes. My love affair with prime lenses began a while back with the Canon 50mm f1.8 (still for me the lens with the best 'bang for the buck, of anything out there) Over the last couple of years, I have added a couple more (replacing the 1.8 with the slightly more robust 1.4, and splashing out on the gorgeous 35mm f1.4L) but I have been wanting to add something with a bit more reach for a while. So the 85mmf1.2L was my main target....but more of this later.

We (I went to the show with another photographer @andrewhackett1) entered the exhibition hall probably 15 minutes after it opened and completely unsurprisingly the Canon stand was rammed.....and stayed that way for the rest of the day. 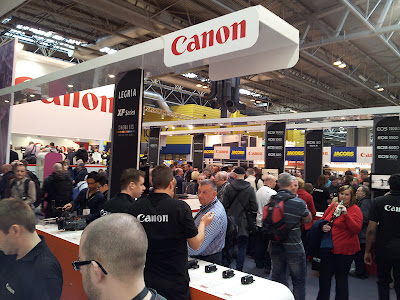 Consequently the most I saw of the new 5Dmk3 was a flyby glimpse. I am sure that it's going to be a wonderful camera and if I had the money I would probably buy one, but as I don't I didn't hang around to find out anymore about the body. There are already stacks of reviews online so no need to add my two penneth.

I did enjoy watching the fellas testing out the massive Canon lenses (presumably 500's etc) in the hall. No idea what they were looking at with lenses like that, but the presence of the lovely Katie Green on the Lastolite stand about 20 feet away might have had something to do with it. 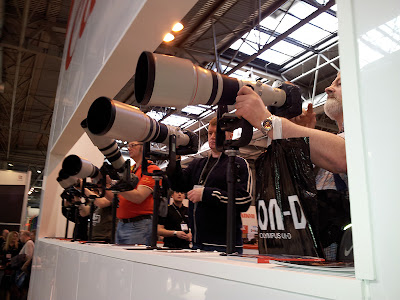 
However, during all of this, the call of the 85mm was still nagging away at the back of my mind. For me, it would be one hell of a financial commitment so I have given it a lot of thought over the last few months.....and still I hadn't made up my mind.

Nevertheless, after agonising over it for a couple of hours (and annoying Andrew with my should I/shouldn't I musings) I decided to go for it. I knew that if I didn't, I would be cursing myself for not doing so at my next wedding.

I found a lovely shiny new lens on the Jacobs stand for a reasonable price (a little less than the best online figures I've found from reputable dealers) and went ahead and bought it.

Obviously once I had done so, my only thought was to leave straight away at get home and try it, so it was a not so quick walk back to the car and off we went. 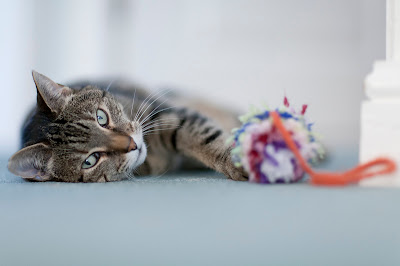 This is the first shot with the 85mm (on a Canon 5Dmk1 body). It is safe to say that from a portraiture point of view, it is everything I wanted and more. The depth of field at 1.2 is razor thin and the bokeh is just gorgeous. I've tried shooting wide open, practically in the dark, and the results are stunning.

I read that prior to buying the lens that the focusing is slow, and this is the case. I tried it out at a Roller Derby bout this weekend and missed far more than it hit, but I want the lens for portraits/wedding preparations etc and not fast moving subjects so this really isn't an issue for me.

The lens does weigh a tonne and this might become something of a problem for me during a long wedding, but if that is the only downside, then I'll just have to go the gym a bit more often.

Focus on Imaging for me was great (as always). Yes, it was rammed and yes I didn't get anywhere near the 5Dmk3. But I did meet up with some old friends and some new friends, had a particularly nice Tuna sandwich from the cafe and finally got hold of the lens I have been coveting for ages.

I shall be back next year, but hopefully I won't spend quite as much money.

Thanks for that report, It was good to hear it from a completely different perspective and from a different genre of photography. I recommend you check out John's website here and book him for your wedding if you need some work doing. Send me the cut on that John please.

PS, if there are any typos, blame me as I re- typed the article. Still haven't worked out how to C & P without getting lots of html code errors.
Martin
Posted by WPATW at 05:00

Email ThisBlogThis!Share to TwitterShare to FacebookShare to Pinterest
Labels: Focus on Imaging