A bit of a late post from me today, but just got back from a few days away.  But Jac and I did take the opportunity to drop in to WWT Martin Mere as we came back down the M6 this afternoon to check out what was around.
After a few grey days, the sun came out - very brightly and with the timing of our visit it wasn't the best early/late light that we all strive for.
But I grabbed a few snaps and will share them with you in two themes.
Firstly, there were plenty of Shelduck around, and flying about in small groups or singles. 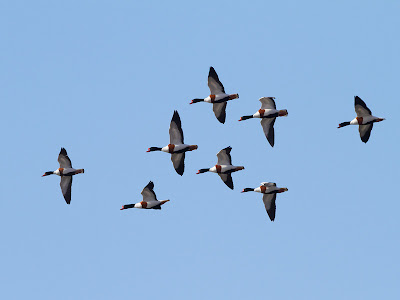 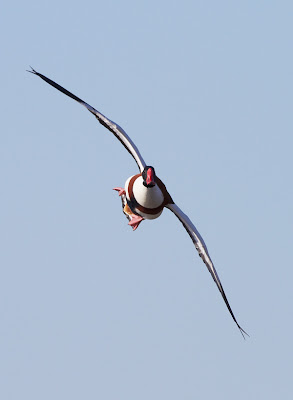 I am not normally too keen on head on shots - but did this for a change. 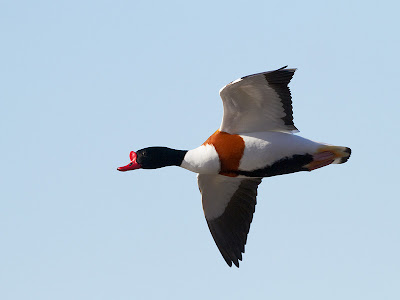 Male Shelduck - larger 'bobble' on forehead
The next theme is on the Whooper Swans.  There were over 1500 still in at Martin Mere, before they make the migration and the Mere was covered in them.  There were scraps galore, and lots of aggressive behaviour as they jostled for space ahead of their 1500 feed. 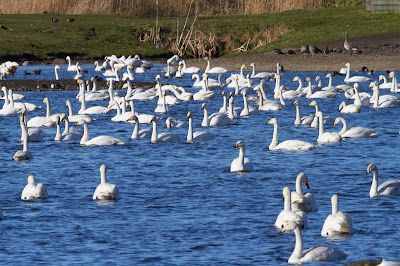 One small section of them 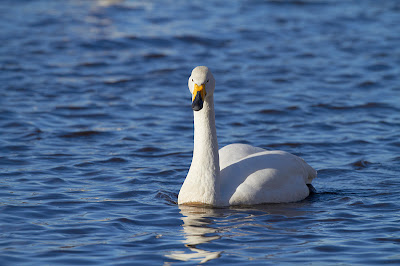 Sadly no beautiful underlit snowy shots like Dave got from Japan 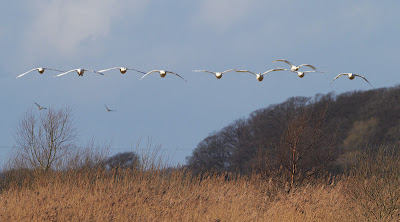 I loved watching this scene unfold as they flew line abreast into the lens across the far reed beds, before swing round and landing in formation
Martin
Posted by WPATW at 19:35