So did you do yours this week?

I did and got the following.


I only took one image during the count of the Speckled Wood which had settled on some of the drying hay/wildflower cuttings in the garden. 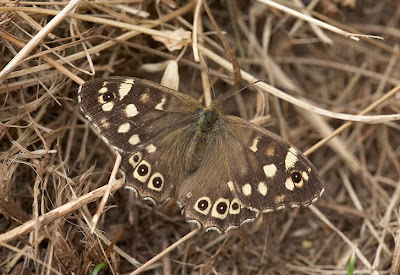