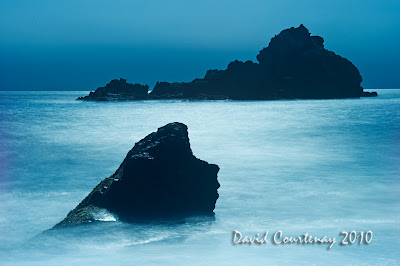 I haven't been to the Big Sur for a few years and i had forgotten just how beautiful the place is, Rugged Coastline and rolling hills make this a photographers dream, Add to that some great wildlife and you have it all, The California Condor is the states largest bird but also one of its most endangered with more in Captivity than in the wild, I was told that there are only 190 left in the wild and the Big Sur is the best place to see them, I was quite a way down the coast when i stopped at a car pull in and there in front of me hanging on the up draft was what can only be described as a truly huge bird-a Condor, I grabbed my D3s and 600 which was all ready and next to me and began to shoot, The bird seemed to come over and see what was going on so at some points the bird was too close and the wing tips were cut off, I could hear sea lions below and i think that there may have been a dead seal as this is what the Condors eat, There was also plenty of Turkey Vultures hanging around the beach area a few hundred feet below, A few minutes after i started shooting the bird flew down and then 10 minutes later 3 Condors flew up from nowhere and i managed to get images from above,below and at eye level, At the height of the action we had 4 together and 2 in the distance-amazing and for me a dream to see such a magnificent and endangered bird soo close, The sun was high in the sky but i was quite happy with what i managed, I shot the 600 hand held as the birds where all over the place and a tripod would have been too difficult to use especially when shooting down over the cliff face, Hand holding such a huge lens is not easy on the arms and shoulders for such a long time and some images were either soft or badly composed but what can you do, I made sure that the shutter speed was over 1/1000 and that the VR was on, I spent a couple of hours shooting the birds before going further on and shooting a waterfall that enters the sea in a beautiful cove, That done and back up the coast to get to a beach for the sun set, I arrived with hours to spare so set up for some landscapes using my new Lee Filters 10 stop 'big stopper' ND filter, The filter is so dark that you cannot see through it, You have to set up and compose and focus before fitting the filter holder, i also used a polariser and a 3 stop grad filter, The whole set up was on my tripod and i used  a remote release, Shutter speeds were hit and miss and i started off at 30 seconds and a couple of hours later i was at the 3 minute mark, Once i got to 2 minutes plus i did suffer from light leakage at the image edge so i will need to do some modifications for the future, Using such long shutter speeds means that any water be it crashing waves or whatever will render as smooth and milky, The sea was very rough and it was very windy but as you can see the image is very calm, I like the effect it gives and will be using it again in the near future, I also took a range of images of the backlit rocks for use as HDR images and these again came out as planned by using Photomatix software, The sun set never happened as the sea fog started to roll back in so i packed up and left, Driving back was a mixture of thick fog and sun shine all in a mile-very changeable and very Big Sur, It was an amazing day, Getting images of a bird i wanted to see and shoot for many years and to be so close was more than i could have hoped for, It was a long day as it was nearly 3 hours each way and it was a very experimental day shooting with new filters and using hugely long shutter speeds-for me anyways, On the way back to the car i noticed some Pacific gulls washing off in a small pool so i stopped and spent some time trying to get some interesting images 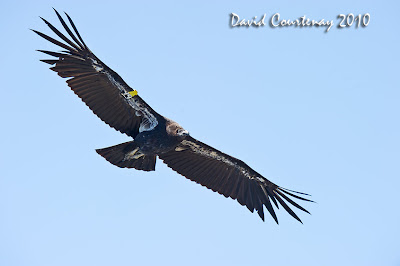 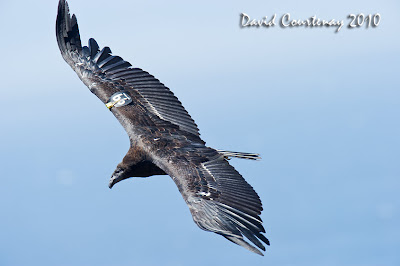 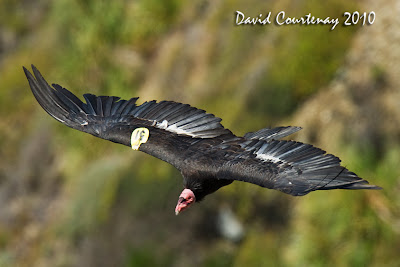 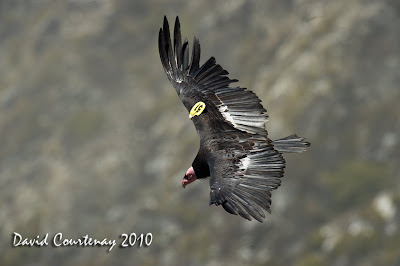 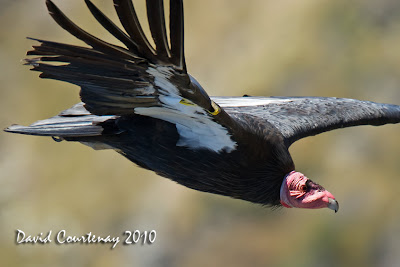 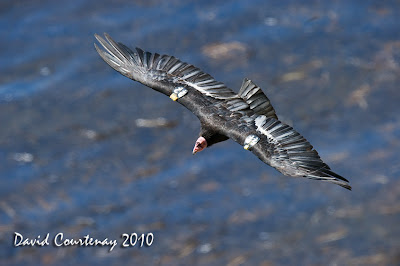 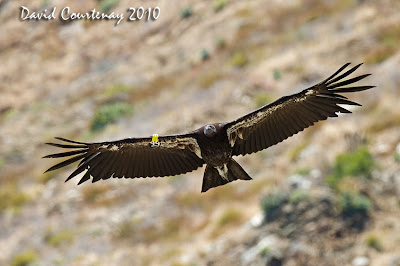 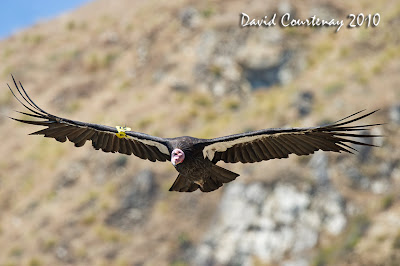 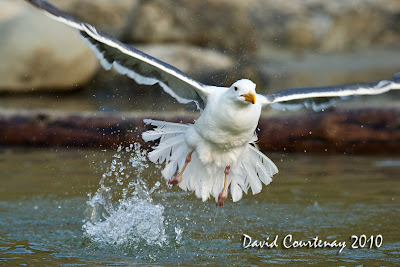 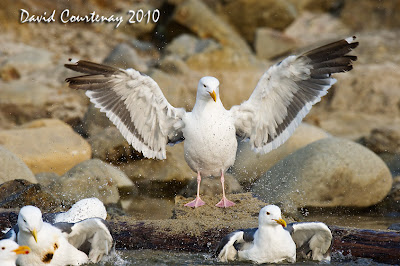 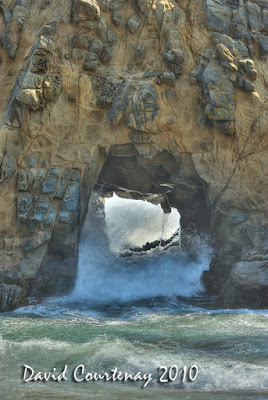 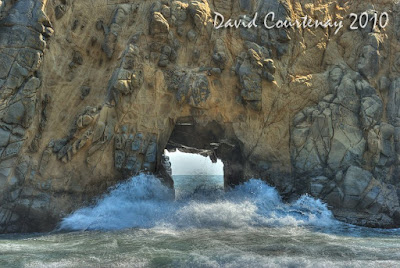 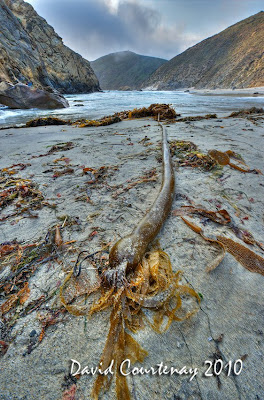 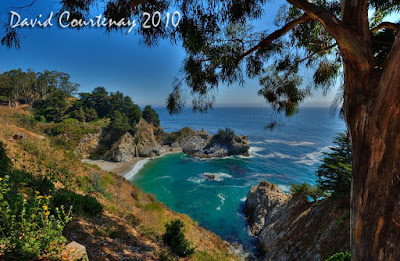