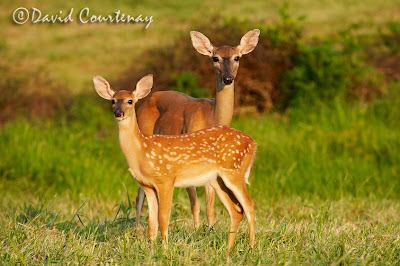 Since returning from California i have been trying to get some White Tailed Deer images, Mainly because a couple of the does have fawns that still have their white spots-very cute and cute always sells, The does with the 2 fawns is very shy and i have seen her most visits but either distant or she starts to come into range and senses me even though i am in a hide and moves out of the area, The other problem over the last couple of weeks has been the weather, Its either been very wet or overcast, I have decided not to shoot in either case although some images in heavy rain would be different, I have some images of deer in lovely light and its pointless going out just for images when i already have better, So in that case i have made better use of my time by processing images that are backing up, The last couple of evening have seen a change in the does behaviour, I dont know if its that the fawns are now of a certain age but she has become much more relaxed and has approached the feeding area-i put corn down-much quicker and is more relaxed, although if you take a series of images she still backs off, so its single shot using the D3s's silent mode and only shooting when i am happy that they are relaxed and that the poses are good, A couple of nights ago she fed in front of me with the fawns facing the sun and then went around the back of my hide and wanted to feed in the area where the sun would be back lighting her, I put corn out infront and behind the hide as i never know what direction they will arrive, But she was again very vary of the area for some reason and stayed just out of view, I could see one of the fawns just behind a bush so i knew where she was, The problem was she stayed there over and hour and it was now dark-i was being held prisoner and dare not leave until she was gone as if she saw me coming out of the hide that would have been it and i am sure she would not have come into the area with the fawns again, Anyways the D3s has come up tops again, The silent mode proving its worth and makes it easier to justify the purchase, Over the years camera shutters have bcome more robust-the D3/D3s now being rated at 300 000 clicks but that also means that they have become much noisier which for a wildlife photographer is a real problem, My first Canon camera was an EOS 5 and its was very quiet-i wish they would make a quiet mode camera that could work in continuous shooting mode rather than one shot-so here are a few images from the last couple of visits 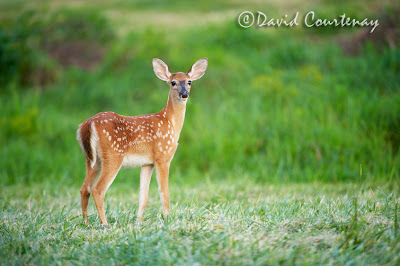 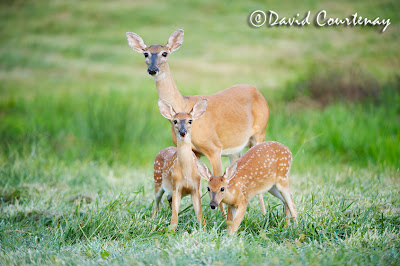 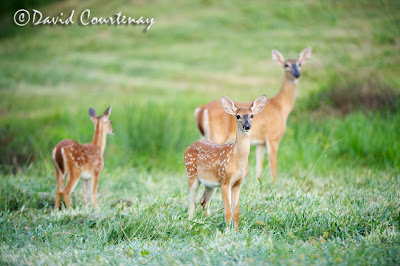 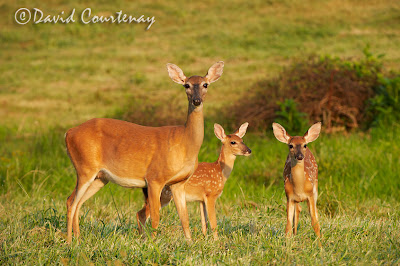 Notice the 'Light' on these images, Some were taken as the sun was setting and some where the sun was already gone from the area-its all about the light and the quality of the light