When i shoot a new subject i firstly research it and find out its traits and habits-where it lives what it eats and any behavioural things that i can find out and get in an image, So when my wife started shouting at me one morning to get the camera i ran out into the garden to see what she had seen, It turns out that something had been eating our tomato's that we/she had been growing, I grabbed the camera and tripod and set up and over the period of an hour shot the little critter which was a very large and beautiful caterpillar, I came in and downloaded the images and then went onto the web and tried to find out what it was, Turns out its called a Tomato Hornworm which makes sense as it eats tomato's and has a horn on its tail. Not really a worm but there you go, So after some research i find out that they are a pest here and can decimate your tomato crop, It also can get attacked by a parasitic wasp which leaves eggs on it which will then eat the 'worm', I started with the standard image with the grass in the background as here 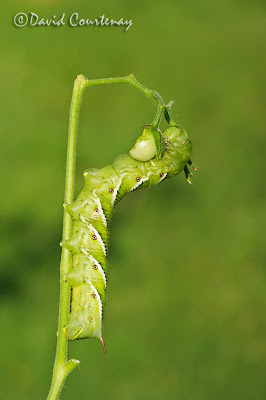 And then some close ups 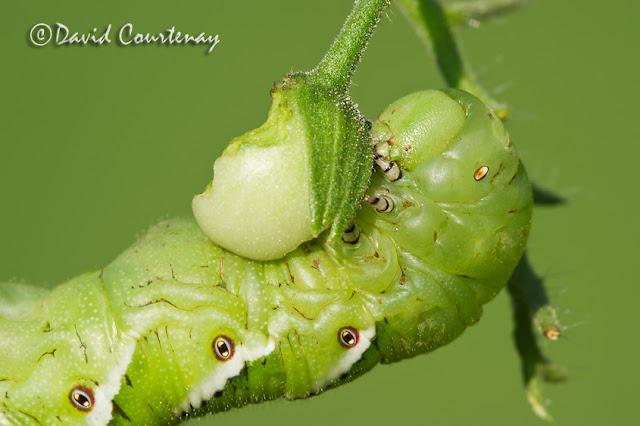 Here you can see it eating an unripe tomato so at least the image tells us something about its behaviour, Looking around our 2 plants i found 7 more of its friends, Now tomato plants are very untidy looking things and getting a clear shots was very difficult, I wanted to get an image with a red tomato in it for some extra colour like here 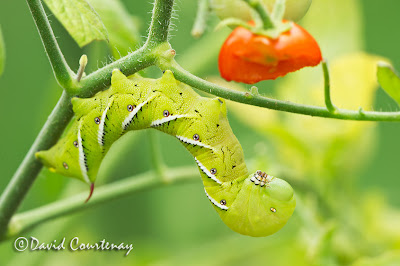 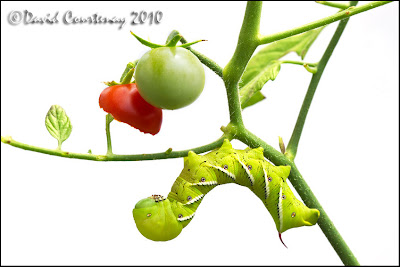 Quite a clinical look but something i have seen more and more in editorial work, I quite like it and it really makes the half eaten tomato stand out, I went to California for 10 days after these were shot and i asked my neighbour to water the plants and explained about the caterpillars, When we returned the plants were pretty much destroyed and all but one caterpillars were gone, The one that was left has the parasitic wasp grubs on its body so i wanted to get some shots of those as it again shows something about the subject, I positioned the plant pot in the shade as it was a very hot and sunny day and proceeded to get various kinds of shots, Th caterpillar barely moved and looked decidely unwell, You can see a change to its head and the colour was literally draining from its face,Here is a standard type image 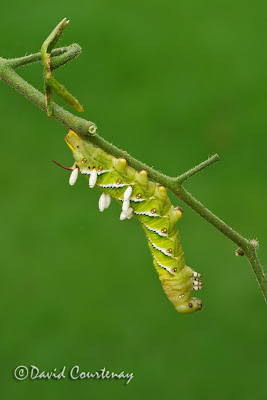 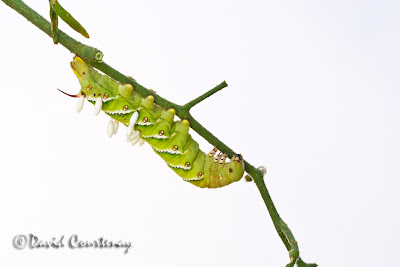 Here is one just with a gold reflector 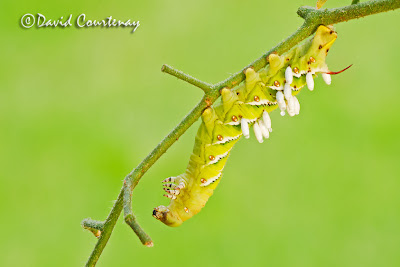 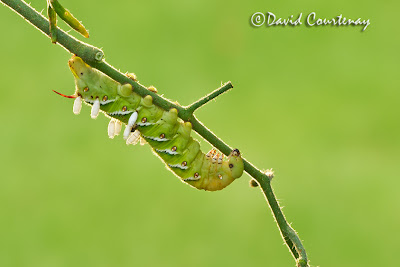 So as you can see with a co operative subject, Some research and a little imagination you can get a variety of images, The day after these were taken i went to see how it was and it had gone