The Joys of Digital imaging

I often say to people bought up in the film/slide days that its a great shame that people coming into photography these days have never used film/slide and learned the 'proper' way where you needed to be careful with your exposures as with slide any more than 1/2 stop or less out and it was for the bin, Now you don't need to be as careful if you don't want to be, I preach that you should always get it right 'in camera' as the end result will be better but i still see lots of snappers with their cameras in 'P' mode shooting in a variety of conditions without thought of getting the exposure right, In the old days that would have meant a lot of disappointment when viewing the prints, Not so these days, If the images are under exposed then a quick move of the exposure slide in PS and some noise reduction will often yield reasonable results, I have just-finally- finished my Florida processing and there were a couple of images that were quite a bit under exposed-Now to justify why-i was shooting some white birds in a dark park of the pond-egrets to be precise and i kept an eye on a tree behind me where Cormorants and Anhingas were flying in and out of-2 very different exposures needed for each as they were in differing light conditions, I knew what the exposures should be for each and with a quick spin of the thumb dial i could go from one exposure to the other, on a couple of occasions i didn't or wasn't quick enough with the ageing thumbs and although i nailed the shot the exposure was out, I like Martin use Capture One for our main processing and only going into Photoshop for sizing and sharpening, Capture one does great things with colour and also when bringing exposures up its very good at not dragging the noise levels up, If you look at the cormorant images below you will see what i mean, The first one if the original-not to bad but its about a stop under, the blacks are blocked in places, The second image i have adjusted the exposure and added some saturation, You can see the blacks are unblocked allowing the iridescence to come through as well as the feather detail, The under wing detail is there but there isn't any noise where you would expect it-i.e under the wing in the shadow area-very impressive software, The images are full frame and you can see that another bonus of the digital age is that you can clone the odd distracting twig-another thing i keep to a minimum, As i say try to nail the exposure first but if you are trying to multi-task like i was here and you get caught out its not the end of the world as long as you have good software 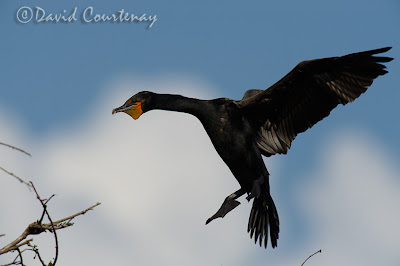 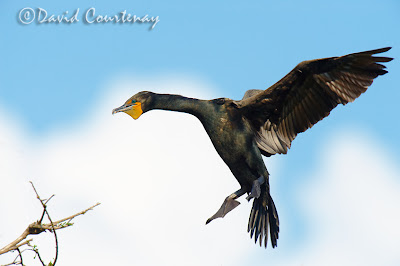 Email ThisBlogThis!Share to TwitterShare to FacebookShare to Pinterest
Labels: capture one pro 5, exposure.