Yesterday (Friday) was one long day, We left Raleigh at 3pm and flew to Dallas Texas and then swapped planes for the flight to San Francisco, The plane that we flew to Dallas on went onto Albuquerque and some lucky bastard would have found my 3 month old Oakleys that i stupidly left in the seat back, So thats 2 sets of Oakley sunglasses lost this year to the cost of over $350-never going to live it down and i simply put it down to age, Sp we arrive at 9pm and then get the baggage,car etc and drive to San Jose and find somewhere to eat late-i.e a Mexican Karaoke bar where the singers are 60 and up-all very funny in a cringe making kind of way and then hit the sack for a few hours before getting ready for the first days shoot, now when we left North Carolina it was nearly 100 degrees and now here in California it doesn't want to go above 60 at the height of the day so we start the day by shopping for warmer clothes,The weather looks the same for the rest of the week, So the plans have changed a bit,there probably wont be any birds in flight as the sky is milky white but on the plus side anything with fur or feathers will be fair game as the overcast conditions will be great for bringing out detail, So a quick drive down to Monterey and fill the tummy with tea and clam chowder and then shoot playful California sea lions that strewn the beaches with their young, A few Harbour seals are around and not too amused at the sea lions antics and chill out on the exposed rocks,The sea otters are at distance as there are lots of divers around so they can wait a few days and towards the late afternoon i go to a place that has produced some nice gull shots in the past, Around Monterey you cant go more than 1/2 a mile without shooting something and the coats is 100's of miles long so go figure, I met with a few interested photographers who were interested in my gear and many friendly conversations were had and cards swapped, All in all a very nice relaxed and social start to the trip, Lets hope it continues 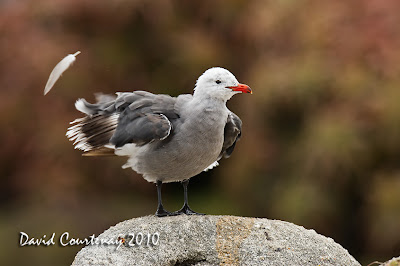 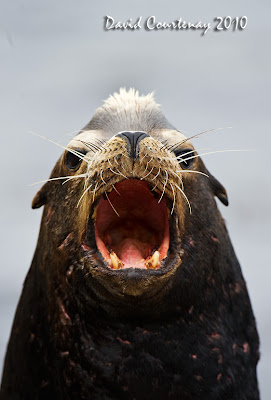 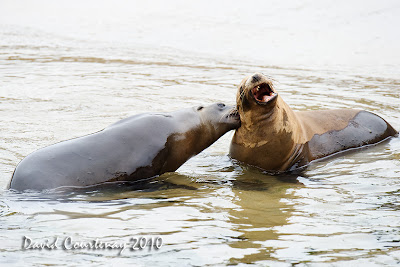 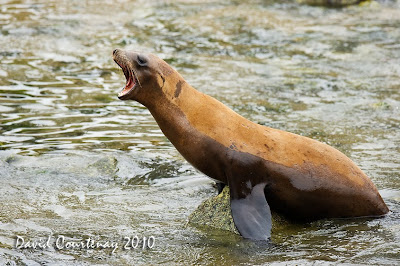 A couple of Harbour Seals take a break,the overcast conditions help with the black and white fur 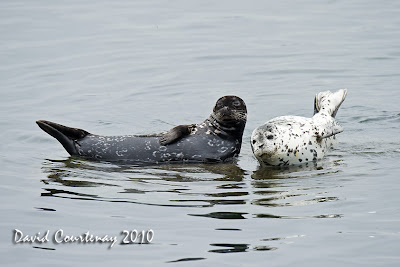