My night-time creature project took a new turn the other night with a new species-Raccoon, It was not at our friends garden but in my own, I have been putting in the hours in my garden hide and have more than 400 opossum images on file-Good images as well, i have been busy planting tulips and hyacinths in my garden to make for some colourful shots, The opossums have been getting harder to shoot but i have stayed and waited and watched, Last night after the opossum left i waited for an hour or more mainly listening to the noises in the woodland next to my garden, Some deer came and went and then i could hear some crunching next to the hide, I looked out of a small opening in the hide and could see a raccoon silhouette, It was feeding on the corn i had put out for the deer, Soon it made its way into the garden and into the flowers where there was a small amount of dog food, I managed a few images before some deer came and after the next flash took off followed by the raccoon up the nearest tree, I manual focused as the camera hunted in the dim light and took a shot-the raccoon went up the tree for a few minutes then descended down the back of the tree and was gone, I am glad to say that all the animals that i have seen here in my garden be it deer, fox,opossum or raccoon have been in great condition-The project continues 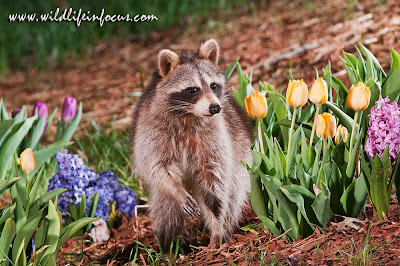 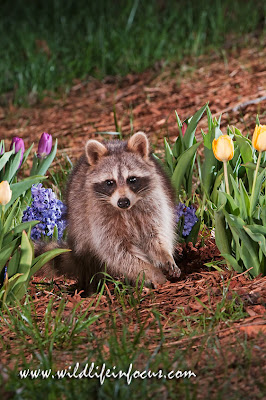 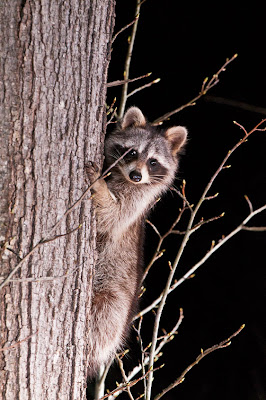 Not something i normally do but as i dont have many raccoon images i decided to remove it, This image was nearly 3 stops under exposed as it was just out of flash range but came up ok in PS 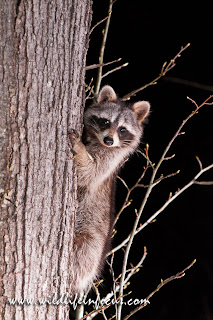 Email ThisBlogThis!Share to TwitterShare to FacebookShare to Pinterest
Labels: raccoon.opossum.fox.deer