As i mentioned before i have purchased an underwater housing for when i go to Florida in a weeks time, It may sound extravagant to spend best part of $500 for something to use on holiday but i intend to use it quite a bit after, Yesterday i went down to a lake and walked along one of the small streams that feeds it, The stream drops down to the lake making small brooks so i thought i would try and get some half in half out shots, I did this for a while moving up as i went and then a small fish jumped out and shot off down stream, I noticed some splashing in a small brook further up so crept along and could see 3 fish 6-8 inches long, I got into postion and slowly put the camera in, The fish moved further up the brook and huddled in the corner, i took some shots and then waited hoping they would relax and move down, They did a couple of times but were very fast, I was against the clock as i had my wife and dog with me but eventually one fish broke away and came and rested right infront of me, I managed a handful of shots before it was gone and i moved off, The biggest problem with using a bag housing is that you need to set the camera up before putting it in the bag as once in the controls are nearly impossible to use, I set my Nikon D3 and 16-35 to 20mm, I used AV and -1//3 which seemed about right, I still need to try it completely underwater and thats something for this weekend, I can see lots of uses for this bag housing such as with the fish or taking images of fisherman from some funky angles
This is me in action taken by Marian on her iPHONE 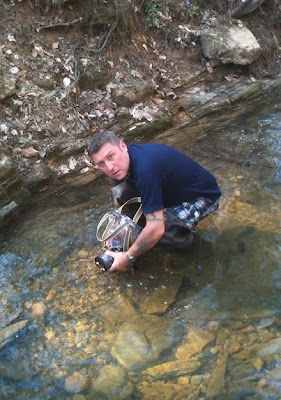 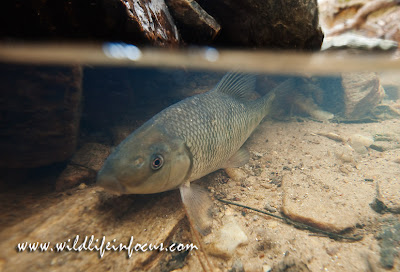 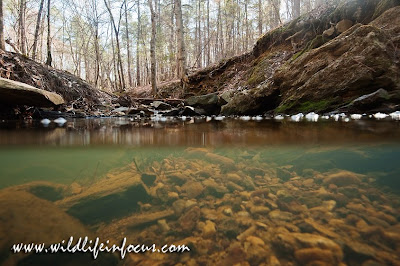 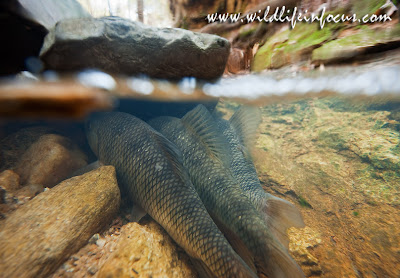