More from the Cotswolds

We took a trip to Bourton on the Water in the Cotswolds for a day out to celebrate Jac's birthday.  While walking through the pictureseque village I saw a couple of Grey Wagtails.  So a few minutes back to the car, grabbing the 7D, 300f4 with 1.4EFTC, as a nice lightweight walkabout wildlife option, I was in business. 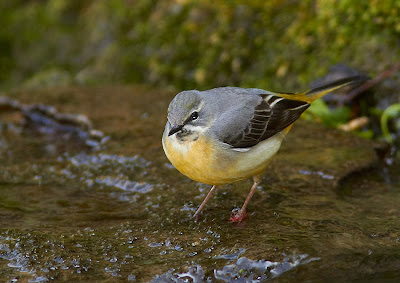 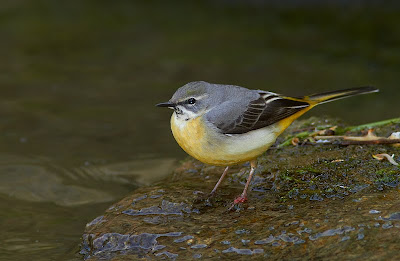 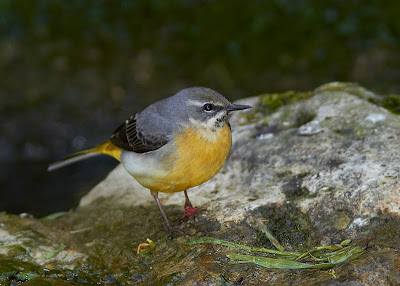 The first three images show the female bird as you can see the yellow is not so pronounced and nor is the bib as dark as the male.  This bird has some red plastic twine caught around her left leg, but it did not seem to concern her.  Lets hope she clears it and it doesn't get snagged on something. 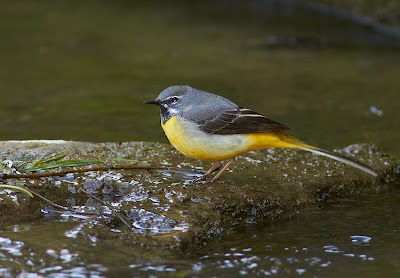 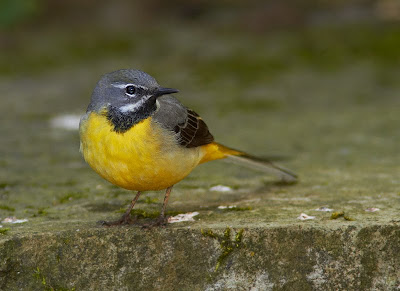 These second two show the male and you can see the differences with more pronounced markings around the head.

In each case, I used the pop up flash to fill in and give a litttle more light as the birds were in heavy shade with very bright light overhead.

On another aside, we had two new butterfly species in the garden today for this year, with our first Holly Blue and male Orange Tip of the Spring, so we are now up to eight species this year.
Posted by WPATW at 18:47