Now back on home soil and its time to download and go through and make the final selection, I have already done one 'cull' and now have 6000 images left, I said before that i rarely used the D300 during the trip, This was mainly due to the fact that i shot alot of stuff early and late, I love the D3 in these situations where shooting at ISO 1600 is as good as the D300 at 400, Saying that i have just scanned through some D300 images and it really gives a lovely sharp image and when it comes to birds in flight i much prefer to use it over the D3 as i find the AF to be quicker, The other thing that i like about the D3 is the duel CF cards, Its amazing just how fast you can fill a 4GB card up when the action is thick and fast
Here are a couple that stood out in the D300 files
Laughing Gull Portrait 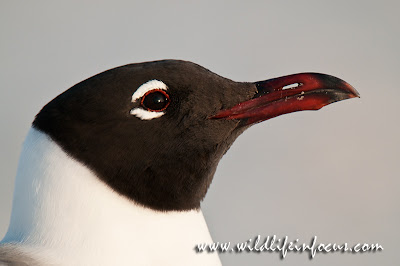 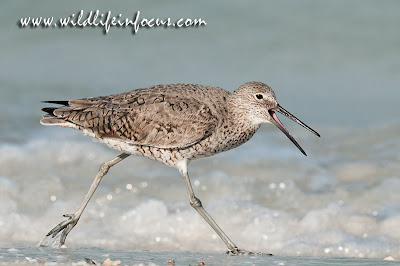 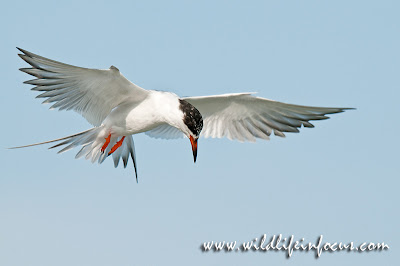 And one for myself taken by my wife-Marian, It shows me after shooting the Manatees using the EWA Marine housing 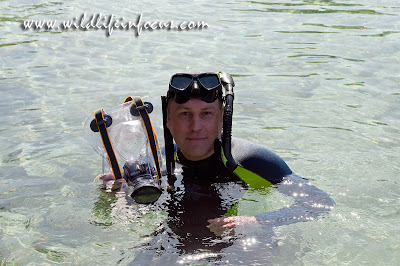 Email ThisBlogThis!Share to TwitterShare to FacebookShare to Pinterest
Labels: Nikon.D3.D3OO.Manatee.Florida.