.....but we were fortunate enough to see half a dozen or so in two different locations on Sunday.

Having lost an hour of sleep due to the change to BST, I tentatively woke Jac before our good friend and fellow wildlife photographer Robbie came by.  For regular readers, you may remember Robbies great blogpost a few weeks back.  If you didnt see it first time round, then it is not to be missed and here is the link for you.

We set off across to Worcestershire to see a Slavonian Grebe that has been around for a while, but sadly for us, it appears to have moved on.  I shouldnt be too disappointed really as i did get some great images a couple of years back while on Mull.

But while there was no Slav, we did see dozens of Sand Martins darting across the surface of the ponds.  What a great view this was of my first Martins of the year.


We moved on to another location and saw a good mix of water birds including Wigeon, Shoveller, Tufted Duck, Little Grebe and Great Crested Grebe among many others.  We also heard our first singing Chiff Chaffs of Spring, which was joined by Blackcap.
We then moved on to Upton Warren Moors Pool near Bromsgrove, managed by the Worcester Wildlife Trust.  Here we saw our first Willow Warbler and Swallows of the summer.  About a dozen Great Crested Grebes were busy showing on the far side of the pools, but closer to hand there were a couple of Little Egrets and some noisy displaying Oystercatcher.  It was good to see these so far in land.  There were also plenty of Shoveller, Teal and Snipe hidden down in the grass. 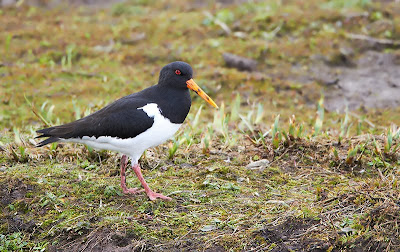 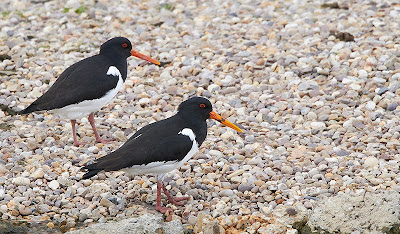 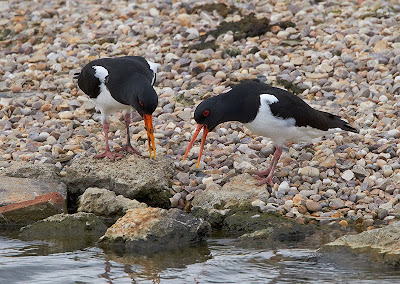 Pair calling as next phase of mating behaviour 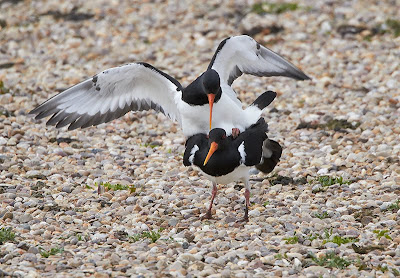 Caught in the act just before he fell off her 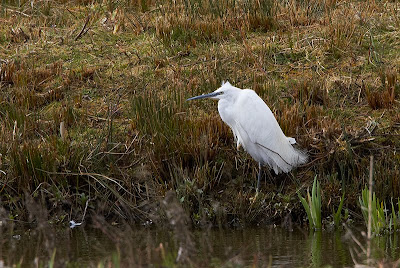 Little Egret
We heard  Kingfisher and Cettis Warbler but didn't see either.
Next stop was Brandon Marsh near Coventry, this one managed by the Warwickshire Wildlife Trust.  This is a great reserve with a good mix of habitat, and it delighted us with our sightings.
Swallows and Sand Martins were much in evidence as were many of the water birds that we had already seen, but we did some some lovely close up Snipe in the open just in front of the hide. 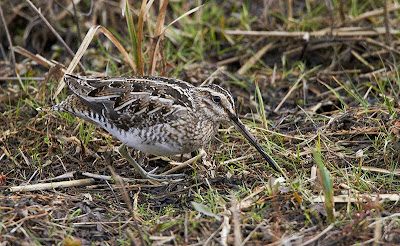 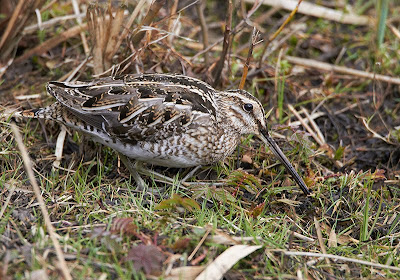 Another one of the Snipe
As you can see from the light on all the images, it was a generally overcast day.

The blue flash of a Kingfisher was one of a couple sightings for us as it sped across the lake.  I heard the call before I saw it.
Walking back through the woods we were delighted also to see Male Bullfinch.  Robbie's finely tuned ears heard it before we saw it but it did look fabulous.  Too far to photograph really so we just enjoyed watching it.
Other highlights included some great views of Treecreeper, and we also heard three separate Water Rail, with a fleeting glimpse of one of them.
As an aside, I think Bullfinches must be like buses.  You don't see them for ages, and then three turn up, as I was lucky enough to see a pair in my garden yesterday when I got home.
So all in all a great day - loads of species, good weather, great company and a few images to share on the blog
Martin
Posted by WPATW at 08:00