Like all good things holidays come to an end, Whilst you will be reading this i will be making my way back to North Carolina. Its been a great 2 weeks shooting the Manatees being the highlight i guess and i cant wait for the winter to return and shoot these magnificent giants again, I got some great images of birds that i have long wanted to shoot like the Skimmer and Laughing Gull and have thousands of images to down load and sort through, This week in Orlando i have still managed to shoot some wildlife at the Gatorland rookery and even in the theme parks i have been surprised at how close you can get to wildlife, In the Animal Kingdom i came across a pair of nesting Spoonbills with chicks, I had written these off of my list as i had visited 3 other places for these images and non had any chicks,I was lucky that the nest was near the path and could easily shoot them with a 70-200 which was the longest lens i had on me, I went to Busch Gardens and Typhoon Lagoon and had birds come close as i was eating and i am not talking about sparrows, I was amazed to see white Ibis and Cattle Egrets begging for food and walking around your feet looking for some crumbs, Last night i made my way to the Magic Kingdom to photograph the firework display, The weather was perfect and the world and his wife decided to join us, I set up hoping to get the fireworks over the castle and managed to get quite a few half reasonable images using a tripod/release and Bulb, On the way to the Magic Kingdom we spotted two armadillos on the grass, I only had a 24-70 with me and even after some careful stalking where i got a good view of this strange animal i spooked it and it was gone, This is now one of my 'wants' as its a great looking animal and you rarely see any images of them, So thats it, A great holiday/photographic experience and one that i intend to return to time and time again, One thing i will say is that the camera gear has been faultless, Its been out in hot sun all day and has not missed a beat, I mainly used the D3 and hardly used the D300 at all as alot of the shooting was in lowish light i.e ISO 400 and over, I took the D3 and a wide lens into the parks and tried it on some of the captive animals-see the cuttlefish, This was taken at ISO 5000 and yet still gives a usable image, The flecks in the water are not grain just water particles, I must say i was impressed when i downloaded it 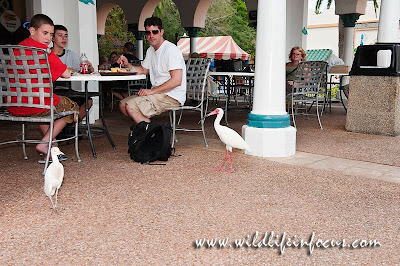 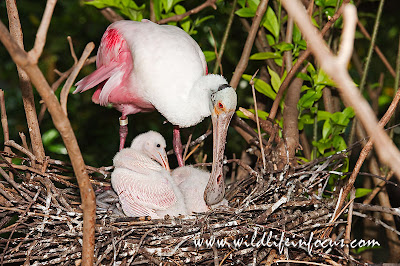 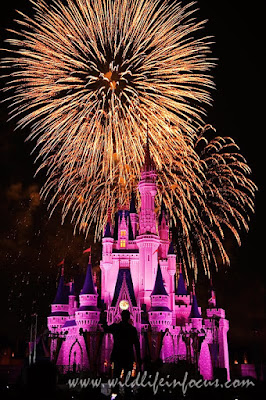 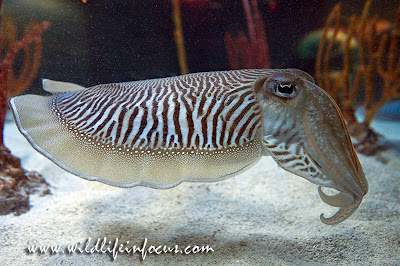 Along with the Manatees its been an interesting trip, Both above and underneath the water, Birds in flight and on the nest as well as some scenics