Not much photography going on in my life at the moment, A mix between sorting stuff out for the new house and a lull in my photographic mindset-it happens, I saw a couple of cicadas mating on the ground the other day-nearly stepped on them whilst looking up into the trees for them, I took a few images but they can only be described as unclean and not set up, I have been watching a Northern Mockingbird that hangs around the apartment and likes to sit ontop of a sign and also a couple of the bushes, Its quite a friendly chap and a few times when taking the dog out i have noticed it at the last minute and its only been a few feet away-easy photography and the possibility of some good shots of a very common bird,
Seems that there is to be an announcement tomorrow from Nikon but it looks like it wont be a Dslr but their first and late steps into the mirror less market, Something that both Nikon and Canon have left to others and now at their peril are loosing valuable market share in Japan which is a very important market for them, Strangely i saw that Canon sent out a questionnaire last week asking if their customer would be interested in such a product, What have they been doing apart from walking around with their eyes closed?? Its something that i am not at all interested in although as things progress maybe a pro slr type mirrorless body may come out so its worth keeping an eye on, I like the idea of having an electronic viewfinder where you can see a live histogram without looking at the screen but as i say very early days,
It seems that global warming is not all bad, Sure that certain animals like the mighty polar bear and the tiny Pika are suffering but birds are spreading their wings and moving into new northerly ranges, A few years ago the Snowy or Little Egret was an exotic in the UK and now they are there all year around, Here closer to my home there are reports of Wood Storks at Jordan Lake, I have only ever seen these in South Carolina and Florida 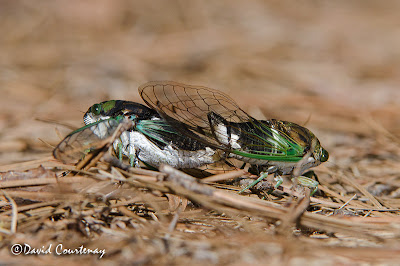 Email ThisBlogThis!Share to TwitterShare to FacebookShare to Pinterest
Labels: cicada.mirrorless.