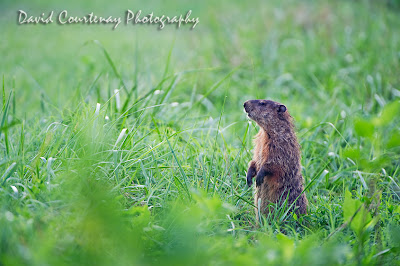 Well it just goes to show that you shouldn't shout your mouth off, There was me saying that the deer had been performing for me in the first few sessions and then for the last two sessions i have only seen them at distance, I sat in the sauna (hide) the other night and had 2 deer come up from behind me, There was no way to get the tripod and camera into position without spooking them so i sat and watched, They were backlit and the sun was low and the light was golden, It really picked out the bugs in the air and i wished i could have gotten the shot, The next night i positioned my camera gear in that direction hoping for a repeat, The light didn't go golden and the deer didn't arrive, But a woodchuck did and i managed to grab a few images as he stood up to see what was going on, I had the 200-400 on with a 1.4x but wish i had the 600 with the 1.4x for a tighter shot, Its great to see him and get a new animal on file, they are just like a marmot and although i have seen quite a few since moving State-side its the first opportunity to shoot one, The new Manfrotto 055 Pro tripod arrived yesterday-Great service from Adorama so tonight i can have 2 systems working and cover both sides of the hide,Just before i left the hide i noticed the vegetation moving close by and focused to see what it was and it turned out to be a tortoise, Something you normally see as road kill so nice to see a live one, i was tempted to move it into the open and get some better shots but decided against it, I sat out on the patio this morning with a cappuccino and watched the first hummingbirds feed at the feeder, It returned a couple of times in the 10 mins i sat there so time to get the thinking cap on and hope to get some images of them soon, On a side note i went to the shooting range last night with a friend and shot a couple of 45's.It was the first time i have shot for over 30 years and i really enjoyed the experience, One of the  45's was a dirty harry type gun and a real canon to use, I kept thinking how cool it would be to get an image of the bullet leaving the gun 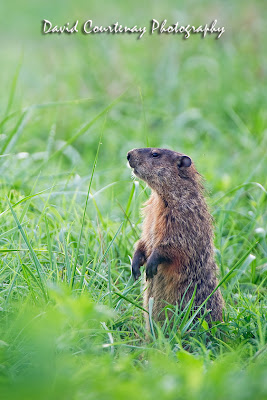 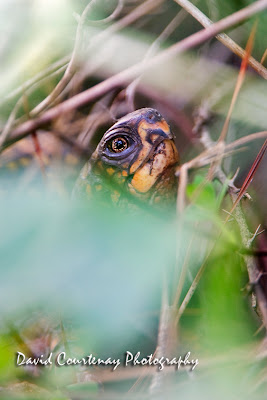