After a little break from processing trip images and posts on here, both for you and me, I will now take a look at Day 4.

The weather was initially bright  again with cold northerlies and occasional showers were forecast.  This day was going to be different for us as we took a trip out with the local wildlife expert Steve Duffield who is based on South Uist.  Steve got out of bed early and collected us at 8am. 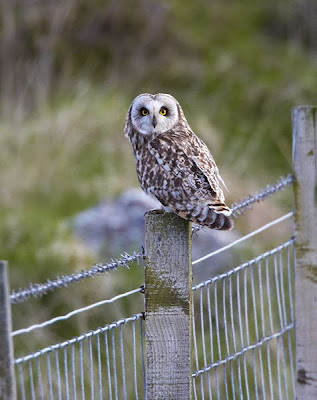 Within a couple of minutes we picked up our first Short Eared Owl
Moving on to Griminish quay we watched across the water to see Little Terns, Common and Arctic Terns, all fishing in front of us.  Suddenly we sensed some alarm in the birds, as we then picked up a great sighting of a Peregrine going overhead towards the breeding bird area.  Further commotion was seen as a male Hen Harrier came in and took a young Lapwing chick. 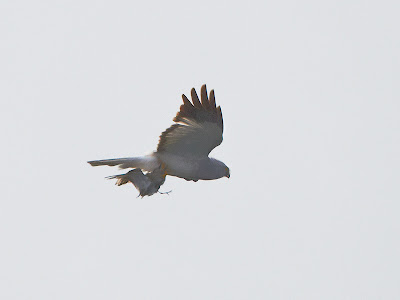 OK it's a massive crop into the light so poor, but sharing for the record.
After a small shower cleared, we walked along the waters edge to find an active Otter holt, judging by the fresh spraints that were in evidence.
By the time we got along to the Committee Road at it's northern end, we had already seen 8 Short Eared Owls, a number with marked colour variations.
A time spent watching along Lock Eynort saw many more birds with Red Throated Diver being the highlight there.  Red Deer were also  plentiful too.
Moving towards the trees at Langass we had some great views of a female Hen Harrier fighting off a couple of Hooded Crows.  She stayed in the area so was probably defending a nest site.  Walking back towards the car we had good views of this Wren. 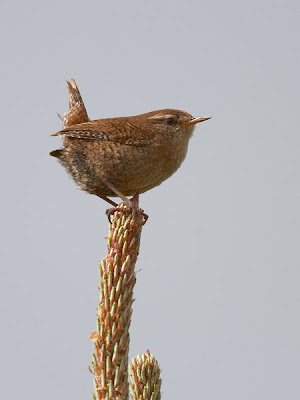 This is the Hebridean variety that is slightly darker and with a longer bill and legs than that usually seen in mainland UK.
Moving back towards Balranald, we bumped into some very close Corncrake, that were at times too close to the car.  Difficult contra light made it tricky to get decent images, but this one is worth sharing. 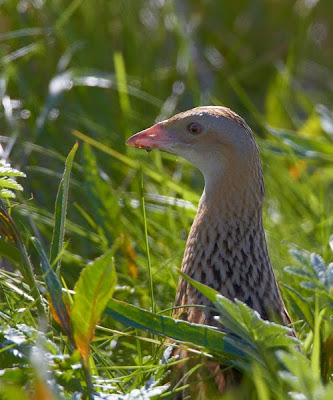 Visiting another small loch we saw Black tailed Godwits, Whooper Swans and Linnet, along with Sedge Warbler and Reed Bunting in a delightful little area of reeds that you can drive through.
Down at the beach at Balranald we had great views of Dunlin, Knot and Purple Sandpiper.  Unfortunately, the Purple Sandpiper didn't oblige for the camera. 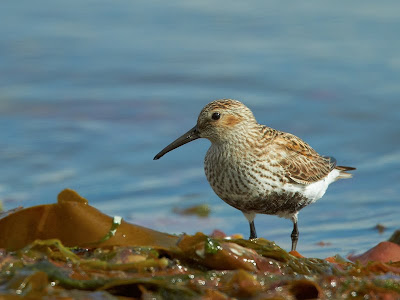 Dunlin in the sun 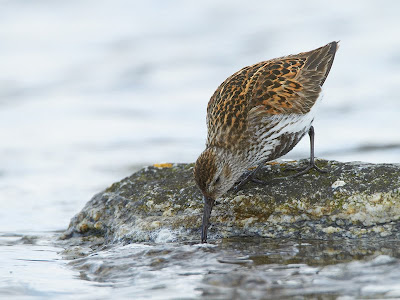 Dunlin in the shade 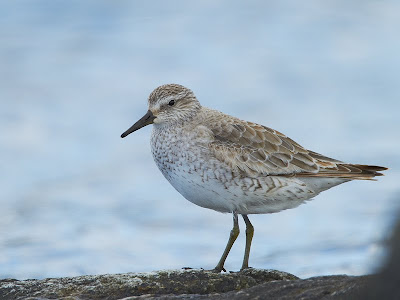 A solitary Knot
Moving back towards the accommodation, we did see an Otter come across the sand and disappear into a drainage pipe.  I did get myself set up to get a shot but didn't appreciate that it was going to disappear into the pipe, so I dipped on that shot, sadly.  But the views of it across the beach were fabulous.
So sometime after 5pm, Steve dropped us back to our accommodation after a very successful day, that took our tally of species from 83 to exactly 100 by the end of Tuesday.
After supper, Jac and I popped out again and got a stupidly close, car width away Short Eared Owl but could not get a shot off.  I needed a wide angle again.  It was an amazing encounter.
So it was a great day out with Steve.  His knowledge off all matters natural history is excellent as can be seen from his website, Western Isles Wildlife.  His rates are excellent and can thoroughly recommend a day or more with him if you only have a short time on the islands.