We woke up on Thursday with bright blue skies, warmer temperatures and a different wind direction, after some heavy rain overnight..  The long run of northerly winds that we had been experiencing all week were coming to an end, and had gone round to more westerly.  So with the wind more onshore we headed off to Balranald and out to the sea watching point at Aird an Ruanair to hopefully see some decent sea birds, and hopefully some Skuas. 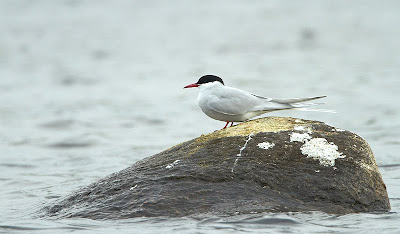 This little Arctic tern was a regular on this rock just off from our 'garden' at the accommodation, so I thought I would include it in this 'seabird' day.


On the walkout to the point, laden down with cameras, tripods, binos and scope we had some great sightings of a female Merlin and Great Skua.  Settling down on the rocks, with a falling tide we saw many sea birds including Common and Arctic Tern, Gannet, Turnstone, Dunlin, Eider, Razorbill and Cormorant flying by.
With the 7D's set up using the C1 and C3 custom options for either 'birds against sky' or 'birds against sea' settings, we were able to quickly alternate between settings.  I will cover how we used the gear and these settings in a summary posting at the end of the series  on our trip, along with a number of other tips. 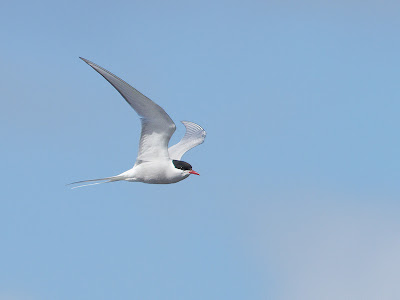 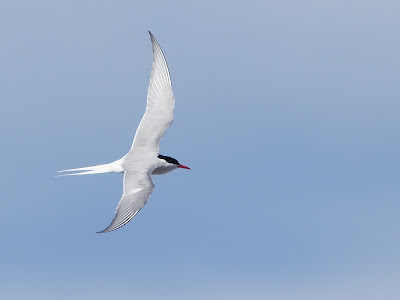 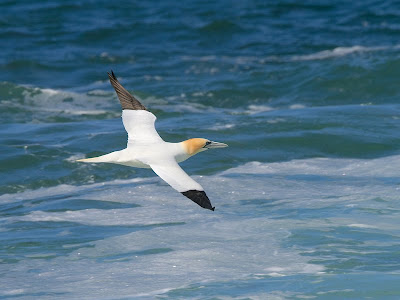 A few Gannets came close by to give us a shot 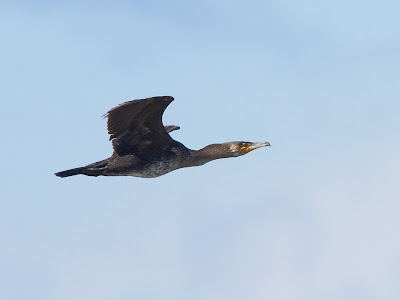 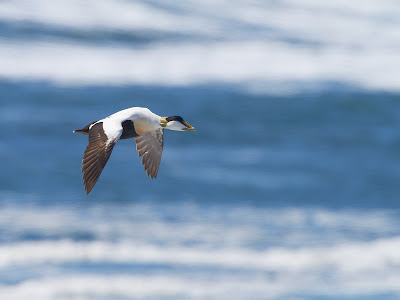 Left a bit of space around this to set in the environment - blue seas and white surf
After a good few hours at the sea watching point, and not having seen Long Tailed Skuas that we were hoping for that passage through this point, we moved on back inland.  Just past the location where I photographed the Corncrakes in my last post, we saw these Whooper Swan parents with the two cygnets shown, plus a further three just out of shot. 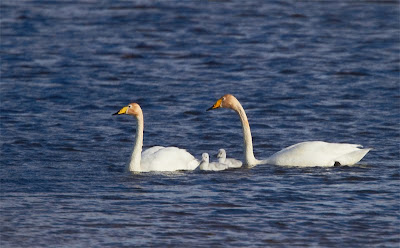 As mentioned before, one of very few pairs that breed in the UK
After an early supper, again we headed out and back down to the Committee Road for more late evening shots.  As usual the SEO's and Hen Harriers were there and continued to delight us with wonderful views. 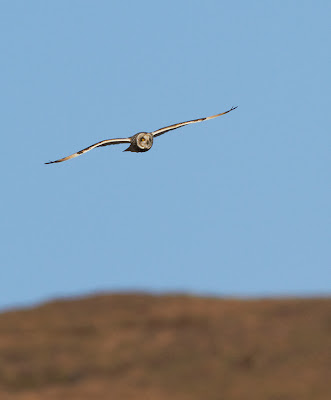 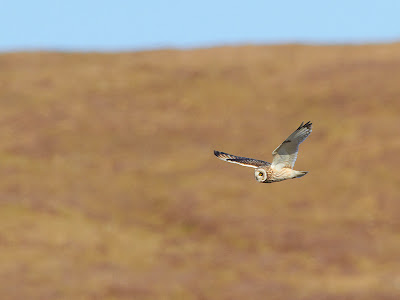 A couple of Short Eared Owl shots, again drawn back to set a bit of scale and environment 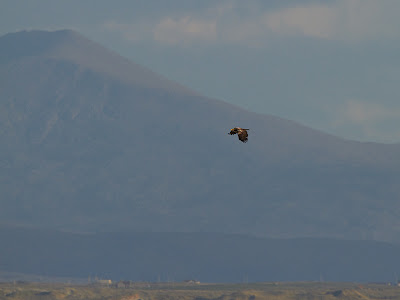 Distant juvenile White Tailed Eagle.  Again one shared for the scale and to 'sense' the big space 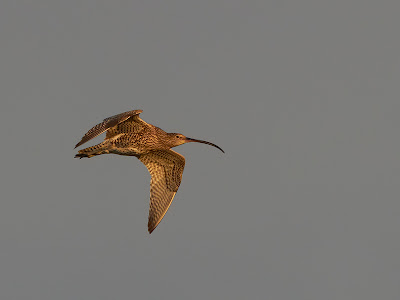 Final shot of the post  - Curlew in the last rays of the evening sun.  These birds were wonderful to watch and particularly hear their calls.
Coming in the next instalment of our final day on the Uists will be Cuckoo and Snipe, both of which had eluded us during the week, along with some of the flora of the islands.
Martin
Posted by WPATW at 05:00