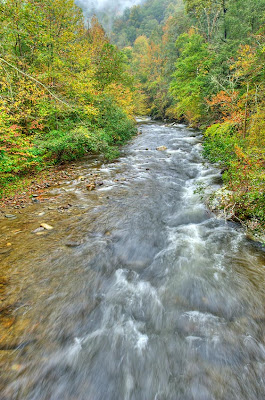 Firstly my apologies for any bad English in my previous posts, My time lately has been extremely limited and many posts have been made late at night with the few minutes i have had-so bear with me
Yesterday was another long day-traveling across country,over the NC smokey mountains to Tennessee, I dropped my bags and drove to a place called Cades Cove, Its a very historic place with early settlers dwellings still in place, I came here in April and shot the wild turkeys in their mating plumage, Now i am here for the 'fall' colours and some white tailed deer, late yesterday afternoon i did a quick drive around the 11 mile loop road and was surprised by the lack of wildlife so today up very early and made my way to the gate and in front of me-15 cars and it was still an hour to opening, by the time the gate was opened there were 40+ cars,what a nightmare,The road is very narrow and as soon as somebody sees something they stop instead of pulling over so its a constant traffic jam, The weather was very miserable and raining, I stopped to shoot some close by Bucks but had to shoot as ISO 1600 and 3200 wide open at F4, a guy next to me was shooting with a Canon 300F4 with a 2x on and i guess all his stuff will be in the bin when he views them-mine were, i decided to call it a day early and left to check out some landscape/waterfall areas, i took a few images and did a quick HDR on some,My laptop isn't calibrated so excuse any colour errors, At one of the waterfalls there were some fungi growing out of a tree trunk so used the 14-24 to good use
I am now going to spend a couple of hours driving around looking for some areas to shoot over the next week 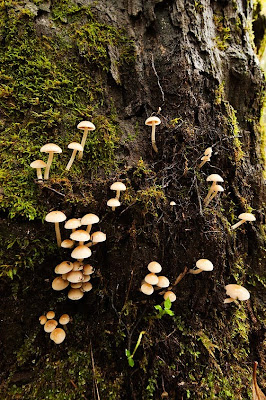