As previously promised, here is the next part of my trip report from my Christmas break in Norfolk.  As I mentioned here, the weather was awful due to mist, fog and general murk.  Dreek I think is a great description of  how it was.
On our second day, we drove to to Horsey to see the Grey Seals and their pups.  Walking up over the dunes, the light remained awful, and with a beach exclusion zone in place I wasn't hopeful of getting any images.
There were plenty of adults on the beach but that was about 20 to 30 feet below us.  There were a few [pups, with the youngest that we saw being just three days old and weening from its mother.  there were the odd dead one here and there which we were advised from the wardens were killed by one of the Bulls.
walking further along the path though we did find a couple of young pups that had shuffled there way up high into the dunes, in amongst where the public were and seemed pretty comfortable with their lot.  We kept our distance from them - well I had to as I only took the 7D and with my widest lens being my 70 - 200 it was not possible to get too close for the photograph.
So here is a small selection of some of them for you. 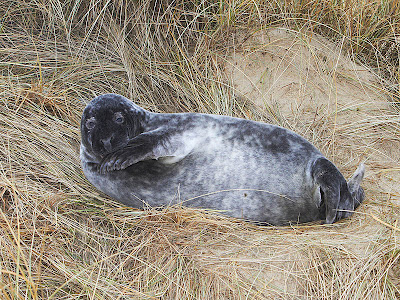 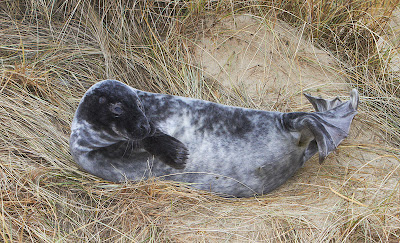 Loved the patterns as it curled its tail flippers 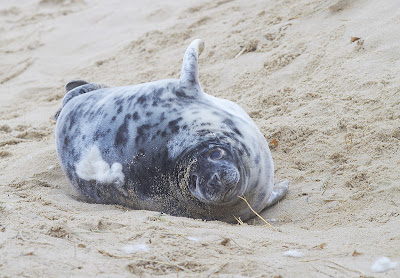 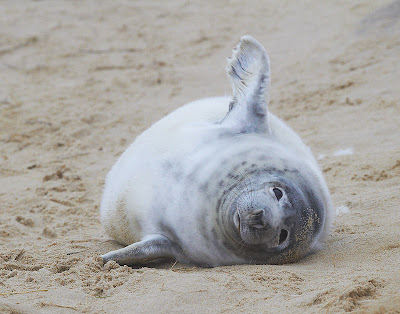 Wave to the camera 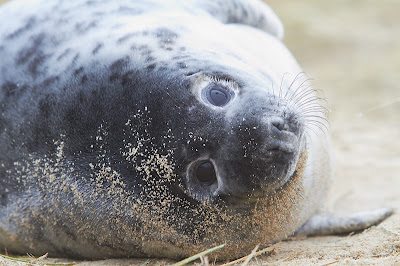 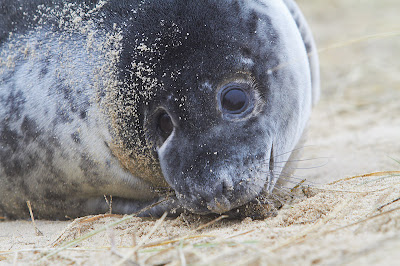 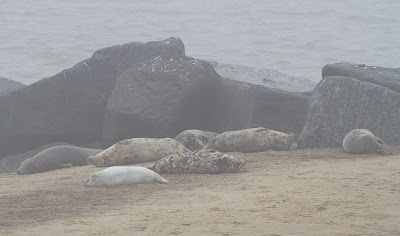 I told you it was murky !!
Moving on from here, we went inland to Hickling  and to the Stubb Mill Raptor roost, but with visibility even worse and down to less than 100 meters, we gave it up as a bad job and went back to our accommodation for warmth and beer.
In my final part, I will bring you some of Norfolk's finest - Barn Owls, and there were plenty to see thats for sure.
Martin
Posted by WPATW at 05:00