Anatomy of an image

The joys of having being in the digital age is that you are not limited by the amount of shots you take, It basically costs nothing and unlike film you do not have to reload every 24 or 36 shots, When i was in Florida a few weeks ago i stopped at the edge of the Gulf of Mexico and noticed a Tricoloured Heron perched on top of a post, Another photographer came along and took a couple of images and then moved on, I watched from my car and thought that he didn't seem to take much effort-'there's a bird' snap snap now where's the next type of scenario, Most of the bird life in Florida is very approachable and you can take your time to move about and get 'THE' shot without the birds flying off-normally, In fact some birds like egrets and herons are so 'tame' there that's its pointless trying shooting them here in North Carolina as you just cant get close enough and get such good images as you do in Florida, Might as well save all your images up for your 2 week holiday and get a years worth.
I always find it interesting watching other people shoot, Everybody has a slightly different way of doing things and sometimes you can pick up a thing or 2.
So picture the scene, There is a wooden jetty with a post at the end, The bird is on the post, Next to the jetty is a boat ramp, I set my gear up and walked to the ramp, I was still to far away but i took a test shot and adjusted my exposure so now all i had to do was compose the shot and hit the shutter button, I slowly made my way down the ramp taking the odd shot until i was in position, I was now lower than the bird so had a sky background 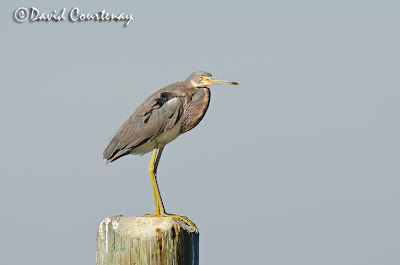 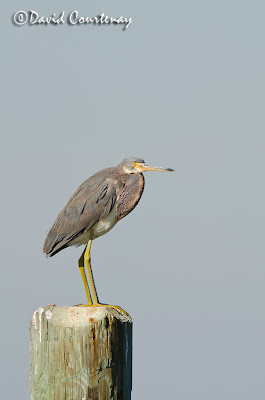 I was about as close as i could get from the boat ramp so i moved up to the wooden jetty, The jetty was on 2 or 3 levels so the closer you got the lower you were 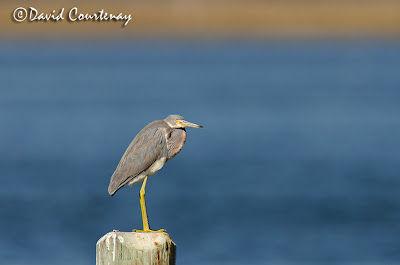 You can see that by moving a few feet to one side and by being slightly higher you get a totally different image, Now you have the sea and the far bank as a back ground, I could not get any higher to get ALL sea as a background but here there is room to crop if needed
Closer still and now a tad lower 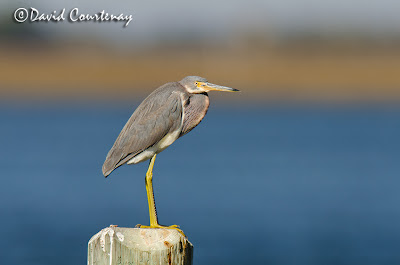 Now closer again and i am at the point where i do not want the bird any bigger in the frame, I cant get any higher, The tripod is at eye level, I could of course get lower and again have all sky 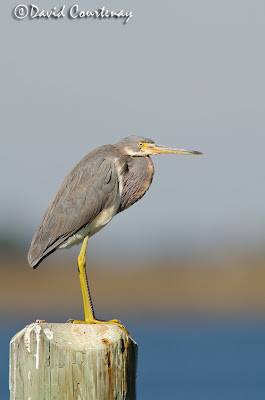 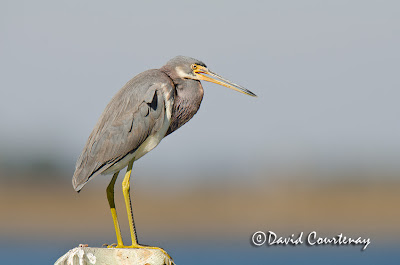 Heres an interesting pose with a raised leg and nice head angle, The bird had just finished have a scratch around the head, i did get the sequence but as the sun is not at the best angle i.e behind me the leg was in shade,When the leg dropped it was in the light and made it a better shot IMO 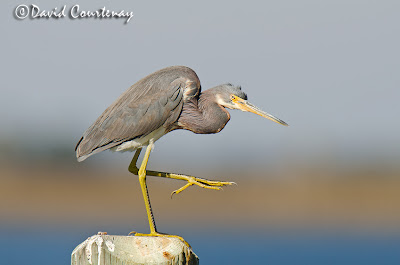 And finally the bird turns its back on me and after getting the shot i leave the scene, All the time i was there i was quiet and moved slowly, The bird was totally unfazed until a small boat turned up and then it was gone, So taking a few extra minutes to explore all the possibilities of shooting gave me a range of images with differing background and poses 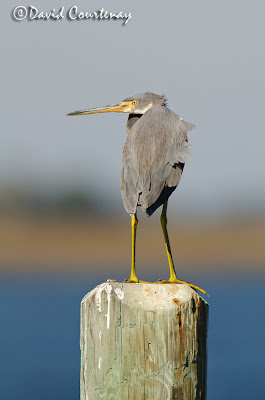 All images are full frame, You can see that i have left room for cropping by clients or my own needs, All images taken with the Nikon D7000 with a Nikon 600VR and 1.4x

Email ThisBlogThis!Share to TwitterShare to FacebookShare to Pinterest
Labels: heron.florida.portrait.landscape.backgrounds