I haven't been out shooting the Opossums for the last couple of nights as i have something called a social life or so my wife tells me, That doesn't mean that the camera hasn't been out, There seem few days lately that i am not shooting something or other, Yesterday it was the first game of the Baseball season for one of the better schools in the area, I shot there last year and thought i would follow their progress this year, There were a couple of other photographers there as well, One of the lucky buggers gad gotten his hands on a D3s whilst the other shot Canon, The weather was great with a cloud free sky so i set it in Manual and shot away without having to change the settings once, So what does this have to do with wildlife you may be asking and the answer is absolutely nothing except that you grab the opportunity to shoot as much as you can as every situation is different and will allow you to get familiar with your gear, For those that may be interested i shot with the D3 and 600 on the gitzo tripod, ISO 400,F5.6 and around 1/2000, I have to say and you will already know that this set up is a killer for sports photography, Using the D3 i often wondered if it could be improved upon and cant wait to get my hands on  D3s to see if its as good as people say
Baseball photography is all about timing-getting the ball in the image is a start but to get it in the right place takes some practice and luck, heres one that i liked from yesterday as well as a crop for more impact 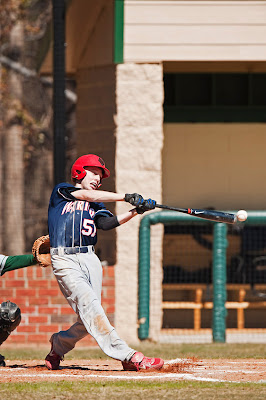 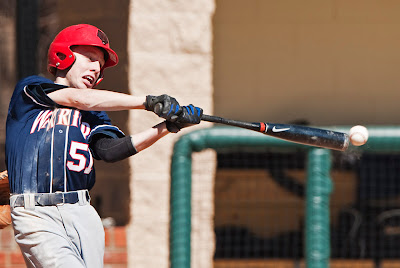 Email ThisBlogThis!Share to TwitterShare to FacebookShare to Pinterest
Labels: baseball