New Set up and New Gear 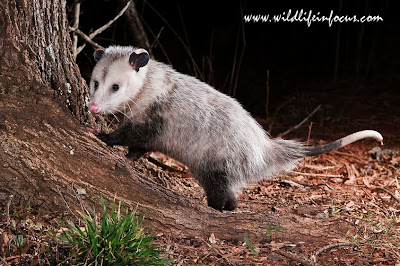 I have continued with the garden wildlife, Whilst the fox is proving elusive i watched it last night eating seeds that had fallen or been knocked off of the bird feeders so at least i know its coming into the garden, The old branch that i had been using decided to collapse the other night so i have removed it for the time being, Its pretty rotten and a new one needs to be found, I decided to move the set up down the garden a bit, My garden is very small so there i didn't have to move it far, There are a couple of decent sized trees at the edge of the property and i decided to use the base of the tree as a place to shoot, The root doesn't stick up too far so an ideal place to put some food without it being seen in the image, I wanted the animals to find it straight away as the hide was in the place of the old set up and i didn't want them sniffing around the hide, I decided to smear some peanut butter up the tree as it has a strong odour, It worked, I watched an opossum come out of the woods in the farm and after sniffing the air came directly to the set up, I took a couple of shots but it decided to leave, after 30 mins another one came followed shortly after by another, These 2 stayed for 5 minutes before leaving and 10 minutes later a huge opossum came wandering out and had a sniff around, So a good start to a new set up, I used the D300 and 200-400 and once again under estimated the size of these animals and at 200mm i struggled to get them all in including the tail and with 2 there it was impossible so i went for closer images,
I am off to Florida for a couple of weeks next month (cant wait) and have a couple of days shooting manatees under water-my camera housing arrived yesterday and i managed an hour playing with it last night, Its a compromise as a proper one costs upwards of $2500 including ports etc so i got one of these, Basically the most expensive plastic bag in the world, Cumbersome to say the least, You basically have to set your camera up and then just press the shutter button as once its in the bag its almost impossible to change any buttons, So AV and AF will be used and the D3 will become a point and shoot-We will see how it goes-fingers crossed 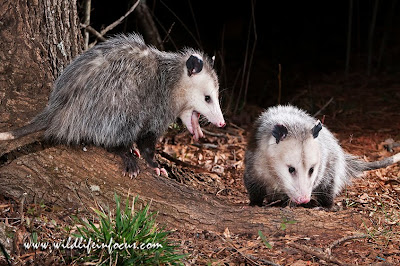 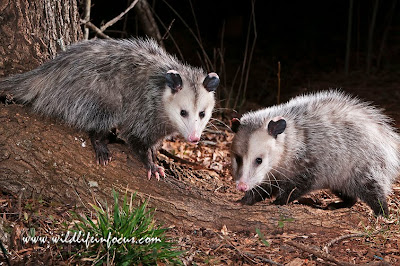