Well what a shock I got when I looked out of the window first thing yesterday morning.  The pond surface was boiling with activity.  Looking through the binos I could count 24 heads sticking up, and there may well have been more as many of them where mating, so their partners could have been under the water.

On closer inspection, they all scarpered and hid below the surface of the water, but there was now a total of six  clumps of spawn.  I did get a couple of images. 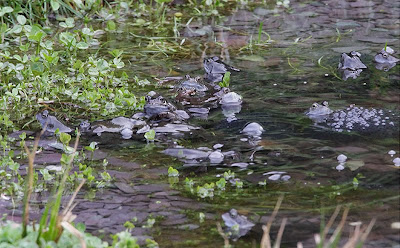 This one was taken from distance with the 7D, 500f4 and 1.4 EFTC from the bedroom window.  This shows the large number of heads up, with plenty more out of shot. 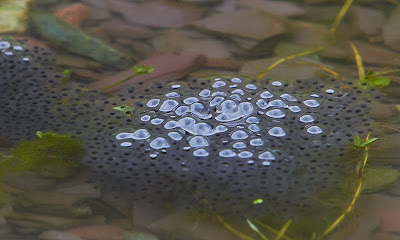 Second image shows the first of the largest clumps of spawn
Later in the day, whenever I looked out of the windows throughout the day, the surface continued to boil. The good news was that as it got later in the day, the frogs seem to be more relaxed with me being close to them.  The clunks of spawn continued to grow and by the end of the day there was ten clumps.  So we have beaten last years record already.  They also became more comfortable with me taking photos too which was a relief. 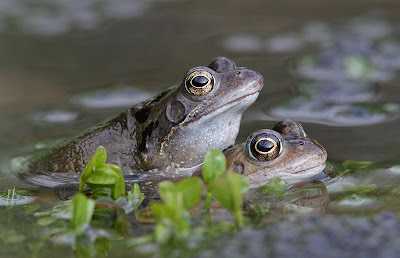 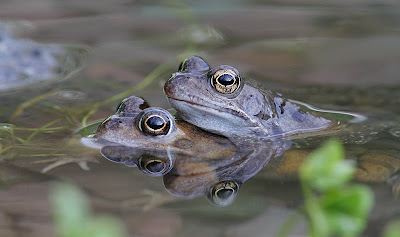 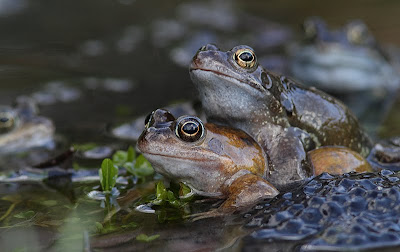 A couple of bystanders watch on 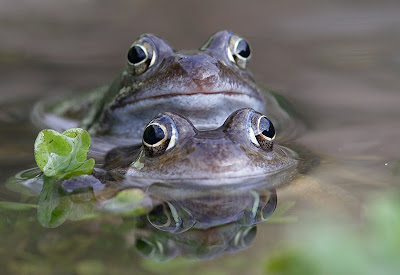 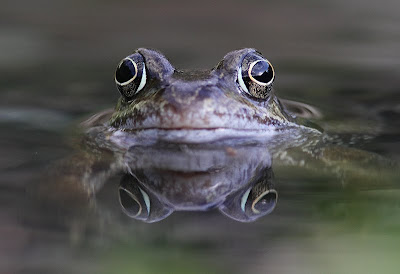 Finally, one of my favourite types of image
After a few small blogs, I thought I owed you all a few images on this one. Hoped you enjoyed the images and this installment of frogblog.
Martin
Posted by WPATW at 09:00