In the last 24hrs the weather has changed-Big time, The heat and humidity have dropped to a cool 85 and it has rained and rained and rained, Anybody who has spent time in a primary rain forest will understand the downfall that we have had, It started on Saturday night and that bought out the toads and frogs, We have a pair of toads on our patio every night, One of them (male?) is beautifully marked and i must get some shots soon, We have glass storm doors on both the front and back of the house so we can sit with the main doors open and watch the weather and still be secure, My dog was sitting at the back door looking out when i noticed something on the glass, I went and took a closer look at was surprised to see a Green tree frog which are sometimes called rain frogs as they are so active after a down pour, I hear them a lot in the trees and bushes but have failed to actually see one until now, I grabbed my D7000 which had the Sigma 150mm macro on it, I put it on the tripod and got it all into position, I focused by both manually and also live view and got sharp images with both, I used the 10 sec timer as i didnt know where the remote was, This along with a 4 second shutter speed and i had to hope that the frog did not move for 15 seconds which in most cases it didnt, The frog mainly stayed in the one position but a couple of times it gave a more dynamic stance and i did manage to get some reasonable shots, The frog is pretty small and its difficult to tell its size in the images although you can see the rain drops on the glass, Today i popped out and found the frog under the barometer but let it be, I hope it keeps around as its a nice specimen 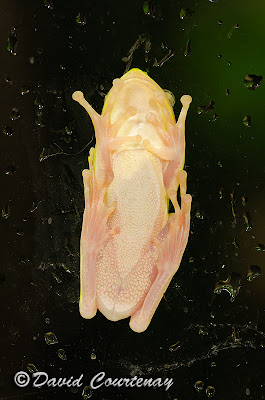 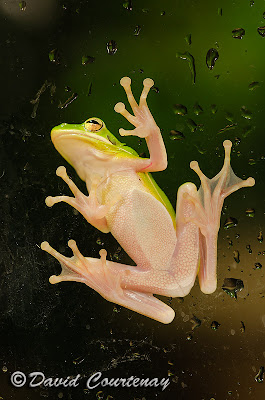 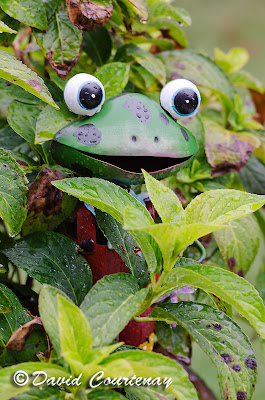