We got confirmation that our visas have been approved and that we should have them shortly, That means i should soon be able to sort my car test out and be mobile again,
Other good news is that my tree frog image made it to image of the week on the naturescapes site, Naturescapes for me is THE best wildlife site on the web, The standard of photography on there is extremely high so i was just a bit chuffed to say the least, It does prove one thing and that is you do not need to go to far flung exotic places to get good images, I didnt even have to leave my house for this one
Word must have got out as over the last couple of days i have had all kinds of bugs on my glass storm door including a very accommodating cricket, Which stayed on there for over an hour until i started to use flash and then he decided he did not want the fame and left, I was getting on in the day and the light was way to my right, I started outside and had to use the pop up flash to add some fill light as the cricket was silhouetting against the bright glass,The flash made all the difference I tried hand-holding the D7000 with Sigma 150 macro but the shutter speed was low and the images blurred, I tried to set the tripod up but the door way was cramped and i ended up with little more then a monopod but it did the trick, I tried taking a normal shot but the cricket needed some lightening up on the underside, I tried using a reflector but the light was not bright enough so i put the SB900 on a cord and used the built in reflector and diffuser to add some light, I held the flashgun at an angle so as not to get the reflection in the glass and  worked pretty good, The problem with using a flashgun with glass is that it shows every piece of dirt and dust 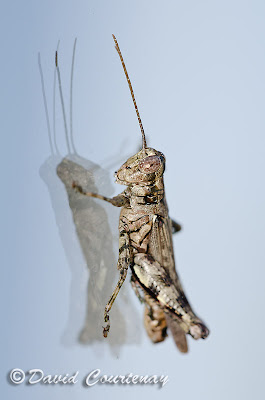 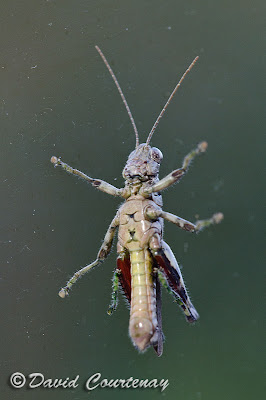 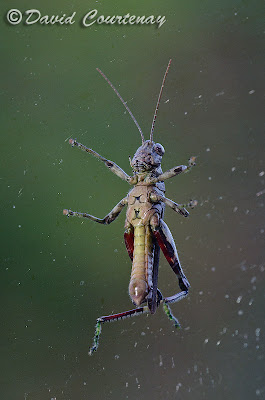